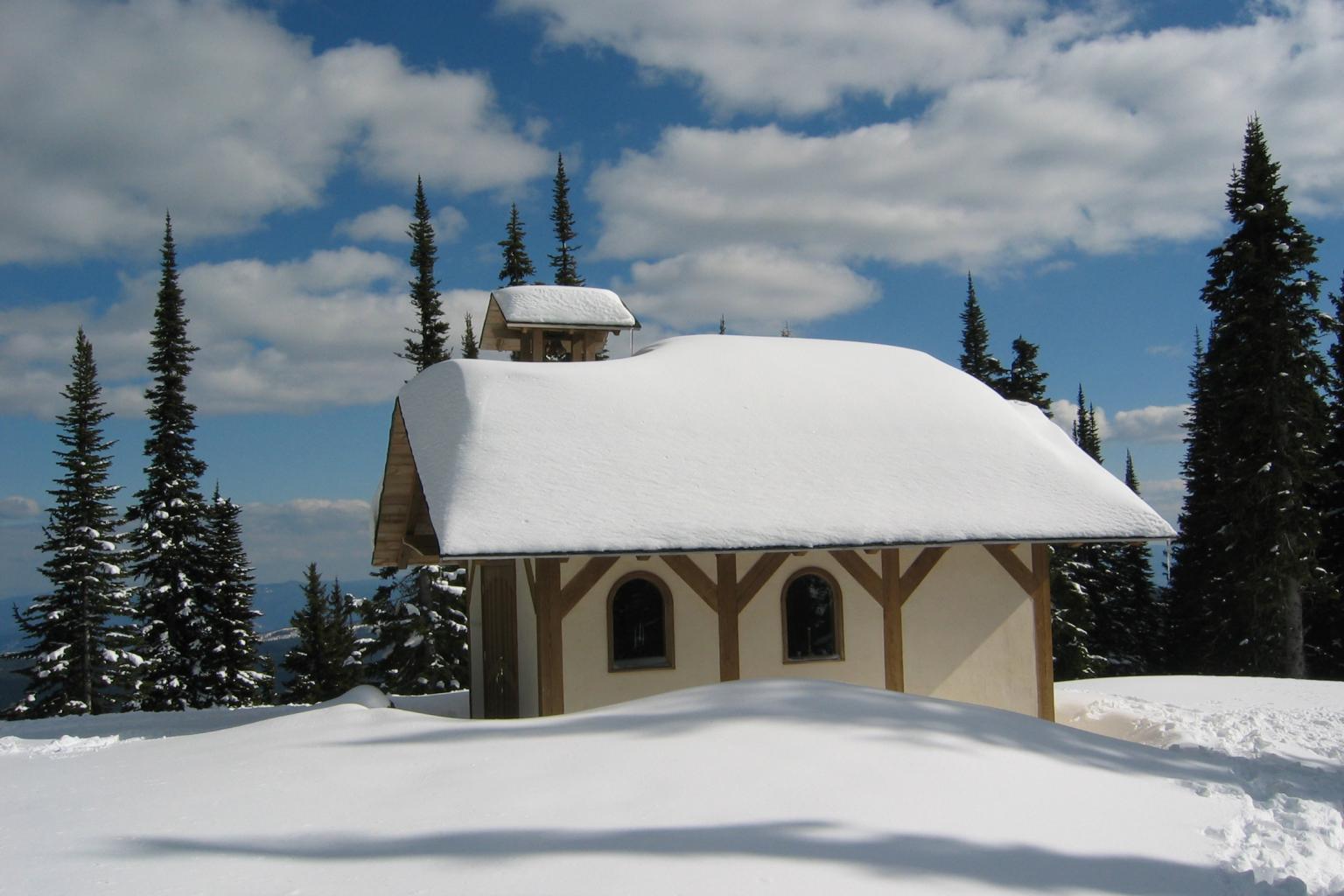 Our charming mid-mountain chapel was constructed in 1999 by Peter Stumboeck, the owner and operator of Sun Peaks Lodge at the time. Peter felt strongly that Sun Peaks should have a chapel and pursued the idea bringing it to life and the enchanting fairy tale chapel was built. Authentic in nature and true to form, the bell that sits atop the chapel was brought from Bavaria and the paintings throughout the chapel are the works of Rudi Schmid, also of Bavarian descent. The mid-mountain chapel was named after a dear friend of Peter Stumboeck, Franz Brandstetter, who passed away in a hiking accident around the time the chapel was built. To honour his friend, Peter devoted the chapel to him and named it Franziskus Chapel. Saint Franziskus, a German monk, was a patron of the animals in Germany and he also protects our animals, who are depicted in the paintings throughout the chapel. In 2000 Peter Stumboeck passed away, and the chapel and hotel are now operated by Mario and Silvia Erler, of Germany. Currently, the chapel is used during the ski season to celebrate Mass on Sundays, Christmas and Easter. Year round, it is available for weddings and is booked through the Sun Peaks Lodge.

Join us for Prayer Service at the mid-mountain chapel every Sunday at 1:00pm.