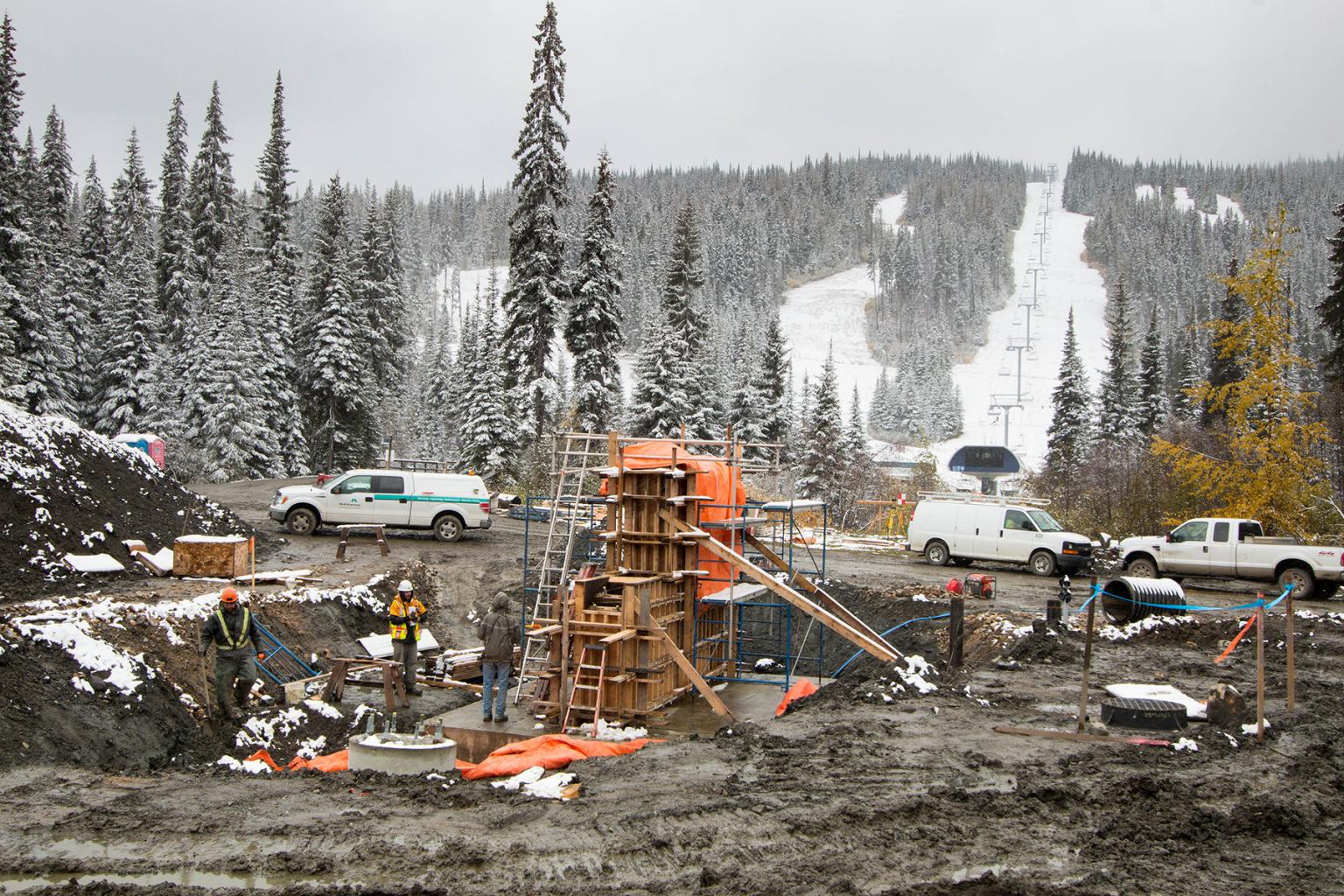 Despite the first real snowfalls of winter rolling through Sun Peaks over the past few days, work on the new Orient quad chairlift is now in full swing! Over the last month significant work was completed on the top terminal, base terminal, and the bases of the towers, building excitement throughout the resort as we started to see key pieces of the lift come together.

As summer slipped into fall during September, crews finished off the grading of the warmer months and moved on to the crucial work of laying the foundations for the chairlift. Concrete trucks were spotted heading through the village and up the mountain roads that crisscross Orient Ridge. As per the plan, construction was completed from the top down, warding off any potential disruptions from the snowline that is quickly descending towards the worksites.

The final pieces of the concrete work are expected to be finished over the next few days. At the same time, steel parts for the lift continue to arrive in Sun Peaks ready to be assembled and installed. Work on erecting the top terminal is already underway, while the bottom terminal and lift huts will follow over the next couple of weeks. The most exciting part of construction is slated for early November, when the lift towers will be flown into place by helicopter.

Thanks to the hard work of the construction crews the Orient chairlift remains on schedule for a planned opening just before Christmas.

With snow already falling and a brand new chairlift on the way, it’s going to be a big winter season at Sun Peaks Resort this year! Don’t miss your chance to be a part of it; there’s still time to save on an Alpine Season Pass with our Fall Buy Pass Sale, which ends at midnight on Monday, October 8.

You can read more about the new Orient chairlift and other construction projects taking place in Sun Peaks this summer here.