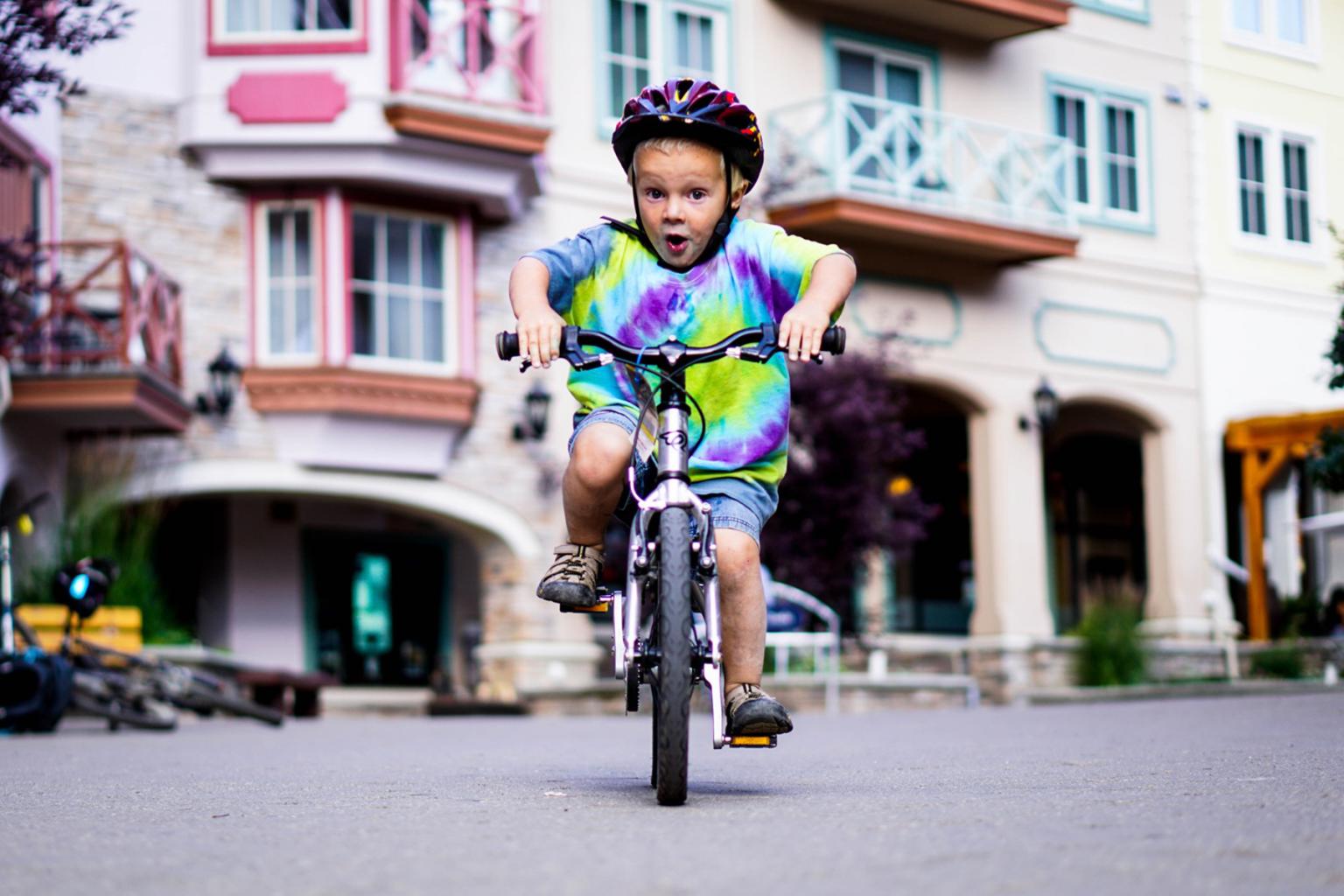 The tail end of the summer season is well upon us. The cool breeze of autumn is creeping into each new night as these days all slowly shorten. The light in the hills is softening, and the warmth of the sun is loosening its hold. The riders of Sun Peaks Resort are leaning in to sticky turns and breathing in the change of season.

It was during this changing of seasons, nearly four years ago, that Tom Grunling and his family were also preparing for a change of scenery and lifestyle entirely. 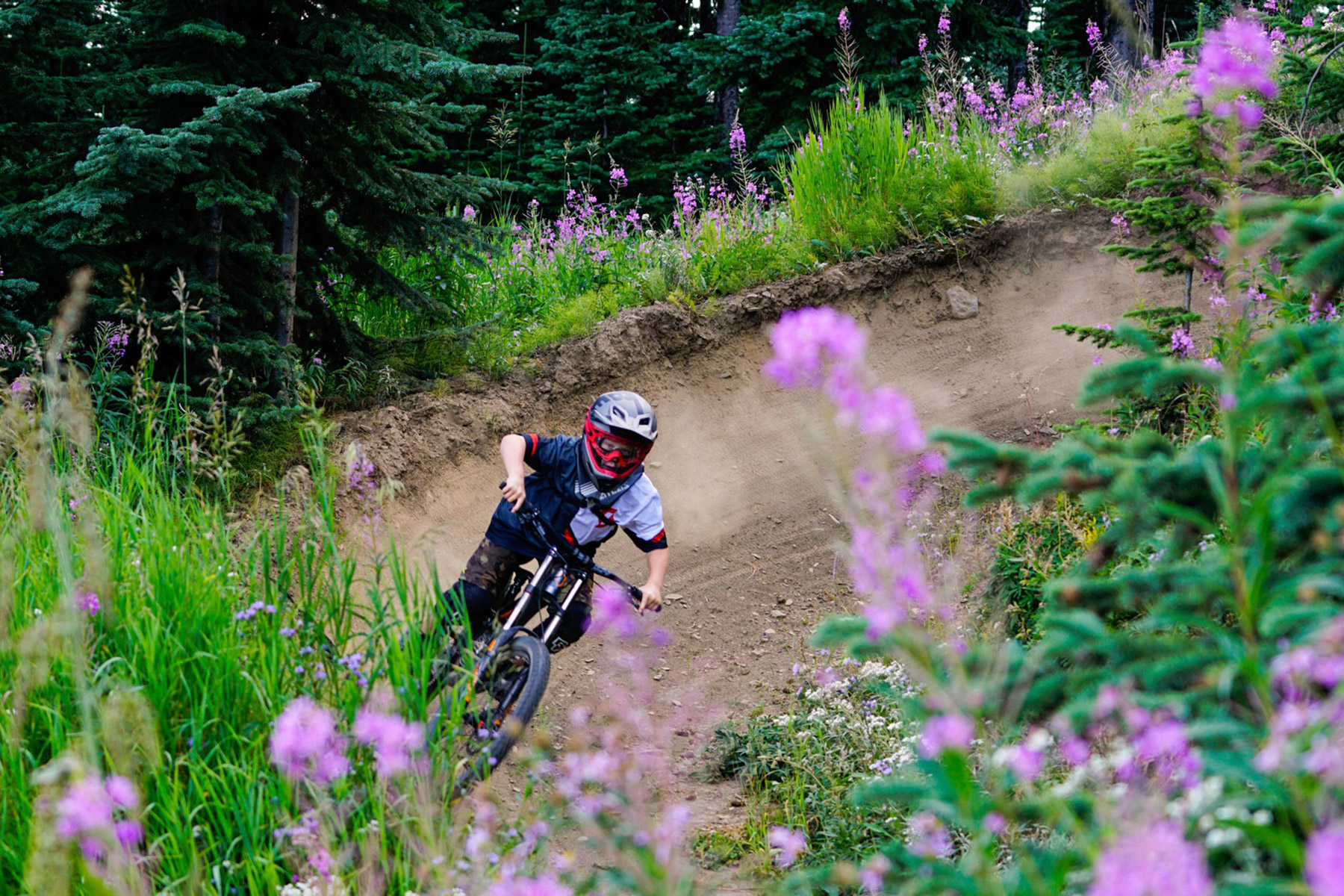 Life in Edmonton, Alberta, was great for Tom, his wife Kim, and his four children. With both parents thriving in their shared career paths as physiotherapists, everything worked really well for their family. But a craving for something more adventurous lead the Grunlings to a trial season at Sun Peaks in September of 2013.

What began as a short term family adventure; however, soon became the course for a new lifestyle altogether. And after a few short hops back and forth from Edmonton, it was glaringly apparent to the Grunlings that Sun Peaks was their new home.

“That kind of move is incredibly nerve wracking,” realizes Tom as we discuss how life in Sun Peaks came to be, “but after moving through the motions of it all, the idea of making those big lifestyle changes doesn’t seem so frightening anymore. We aren’t leaving Sun Peaks anytime soon, but if we had to someday, I don’t think I’d be nervous about the changes. And I think that’s a really limitless feeling that has sort of bubbled over into all aspects of our lives.” 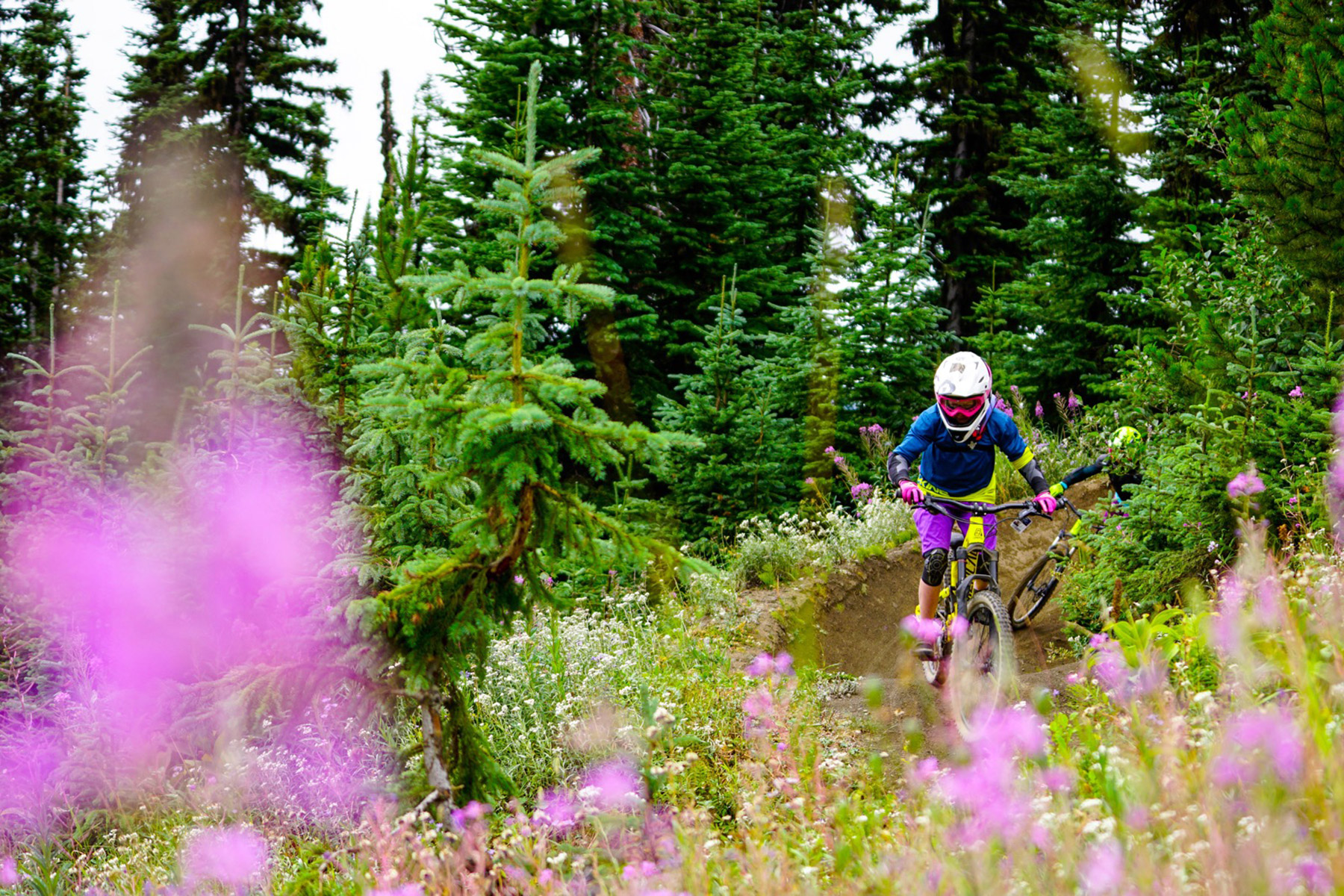 As I spend the evening cruising park laps with the Grunlings, Tom explains that their lifestyle at Sun Peaks is defined by a strong family dynamic. And Mattias, the oldest of the four, blazes the trail for his younger siblings to follow. 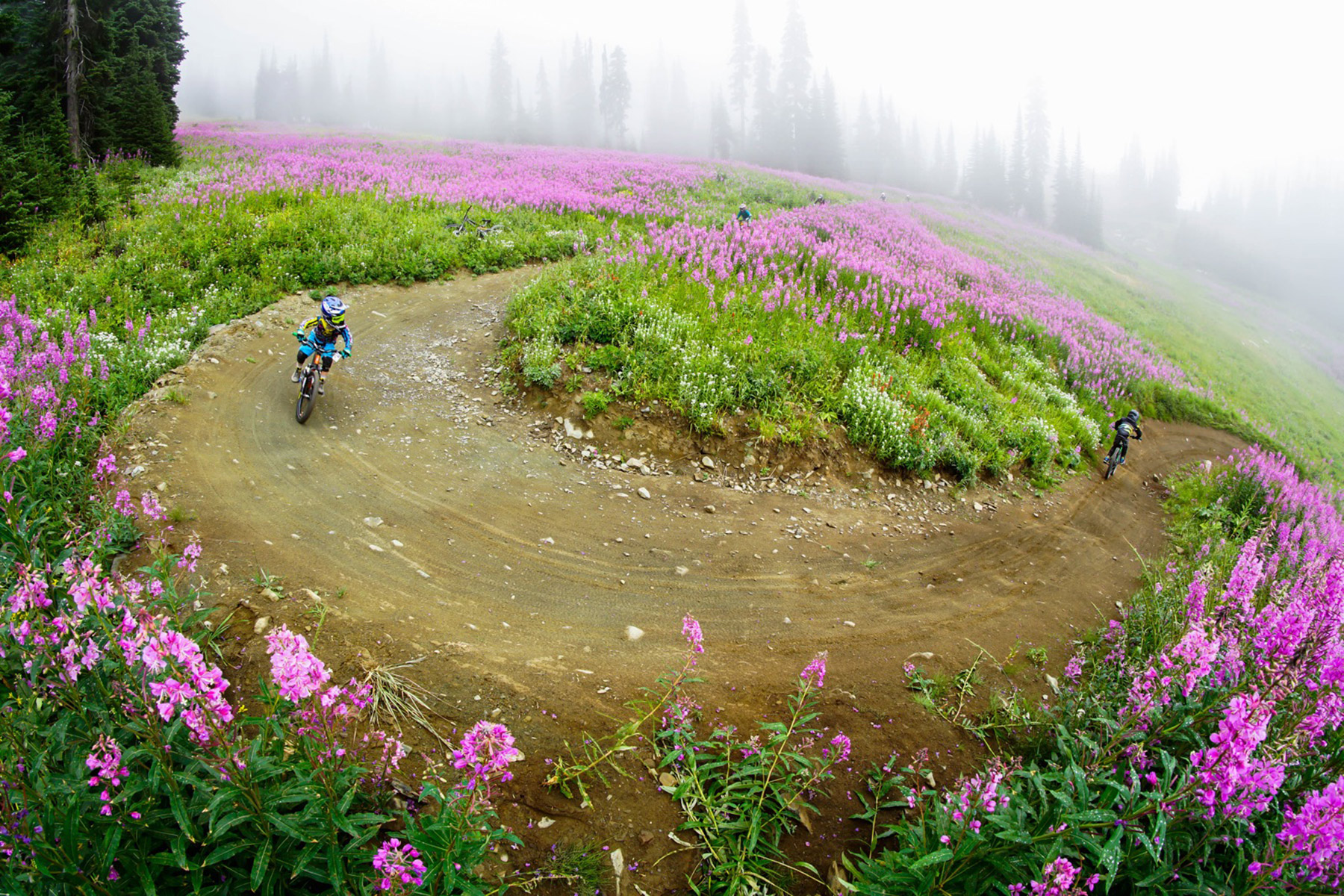 I’d first first met Mattias while coaching Shred Hard Sunday School one rainy morning in 2014. Upon our first lesson together, Mattias didn’t know he could use his front brake, and he was skidding out of control on the mellowest of trails. Now, only four summers later, he is one of the fastest kids in the area. And his younger siblings are following hot on his heels.

The rest of the Grunling children are a little more quiet and perhaps even shy compared to their older brother. But their confidence, character, and self esteem are growing rapidly, and their parents attribute that growth to the healthy mountain-town environment they are being raised in. 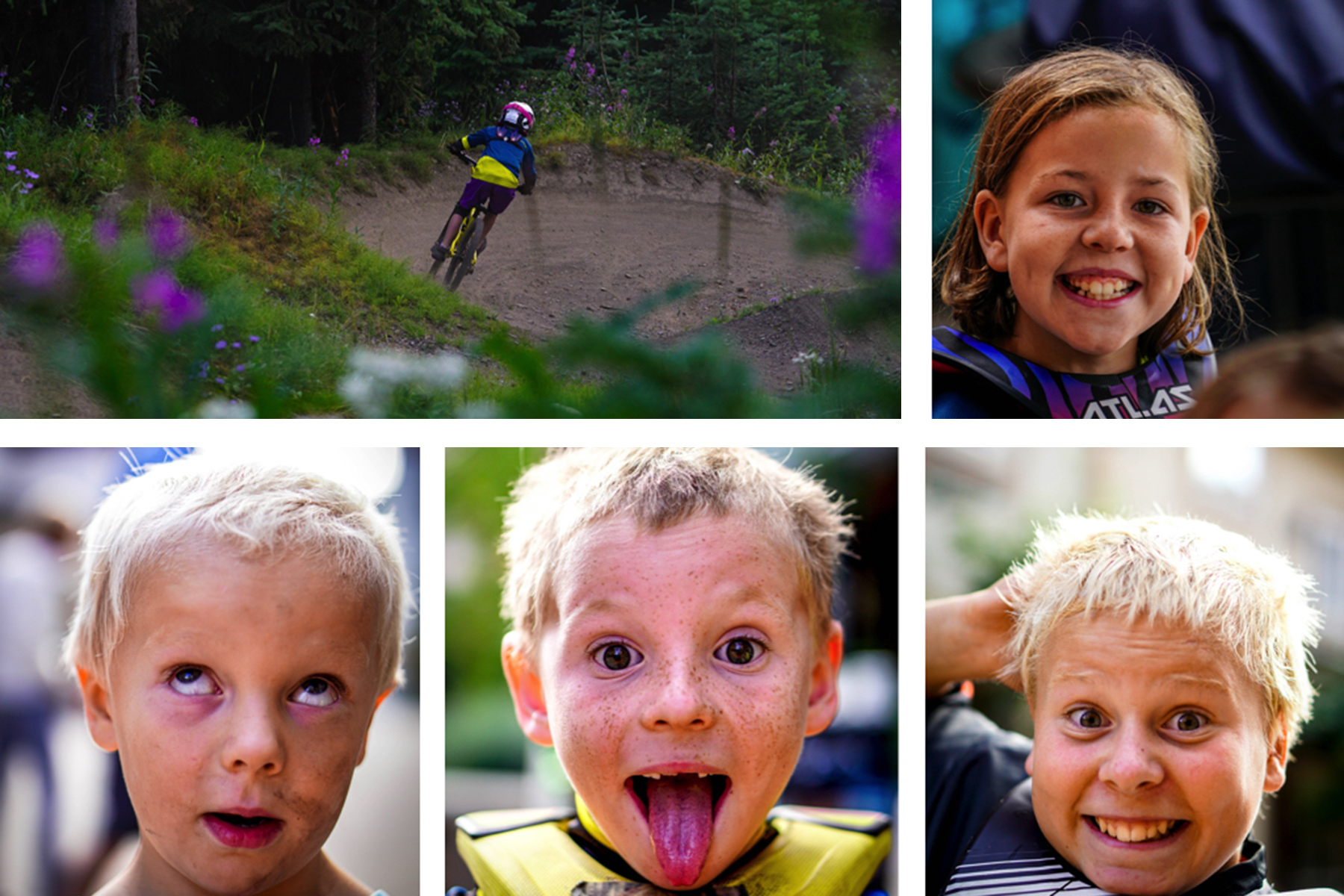 Mattias is twelve years old, Sadie is nine, Wren is six, and little Flynn is four - but he would prefer to tell you that next year he will be five. The whole family is smitten with a life on bikes and they are all progressing quickly in the sport. At first glance, it all appears shocking and impressive. But upon further investigation, their level of commitment to riding bikes appears as a casual aspect of growing up in a place like Sun Peaks. 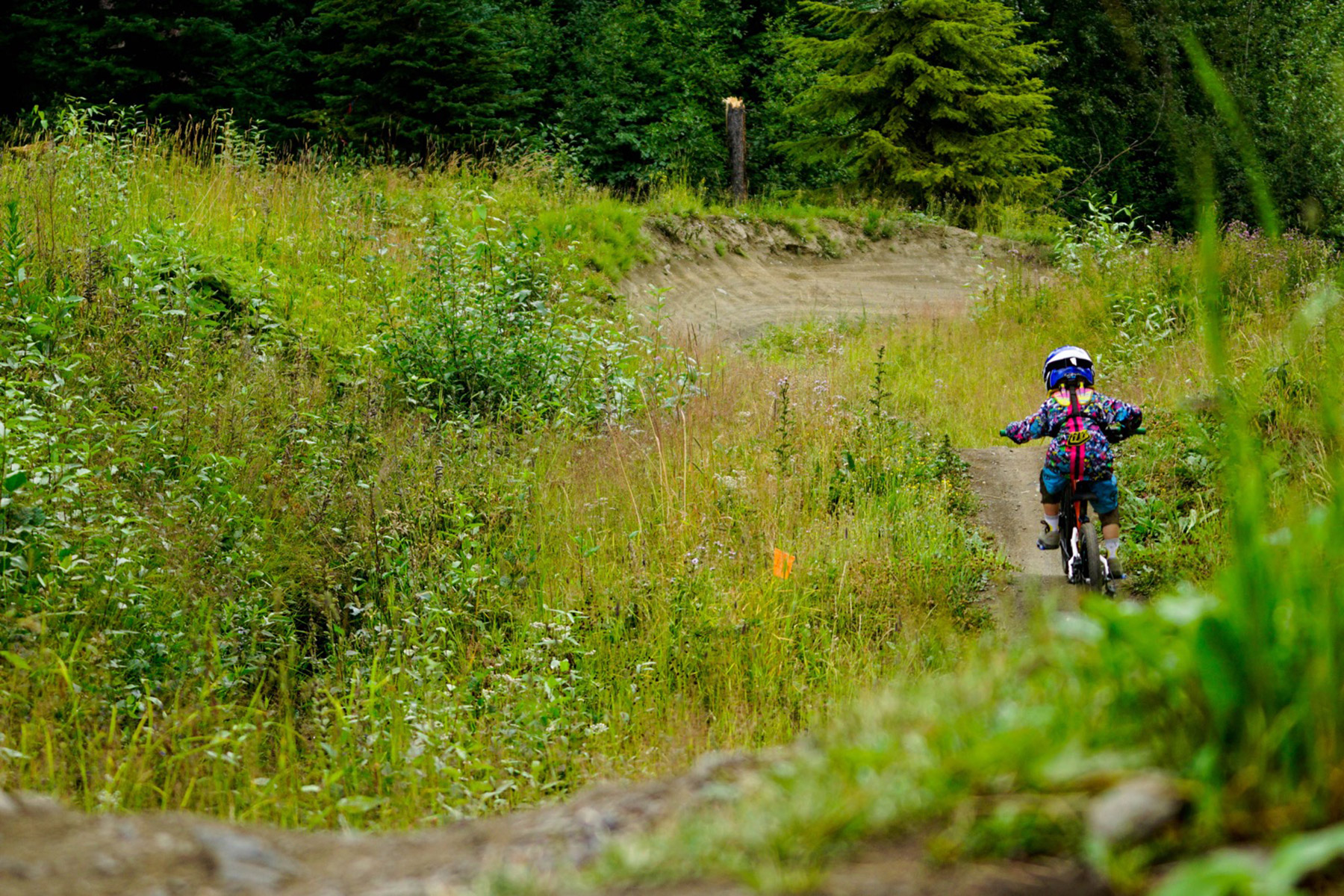 “They ride their bikes, or skis, to and from school everyday; which is a progressive four-day-per-week program that sees the kids out in the mountains on Friday. And we only live two minutes away from the chairlift,” explains Kim.

“It’s so funny,” she carries on, “their talented on skis, snowboards, and mountain bikes, but they can’t really play ball sports very well at all.”

“Sun Peaks is just a great place to raise a family,” Kim continues. “In Edmonton, the kids went to school and had classes to educate them about ‘stranger danger’ and other big city issues. Now, they learn about cougar and bear awareness instead.” She laughs with content, as if she is just now remembering how fortunate their situation is. 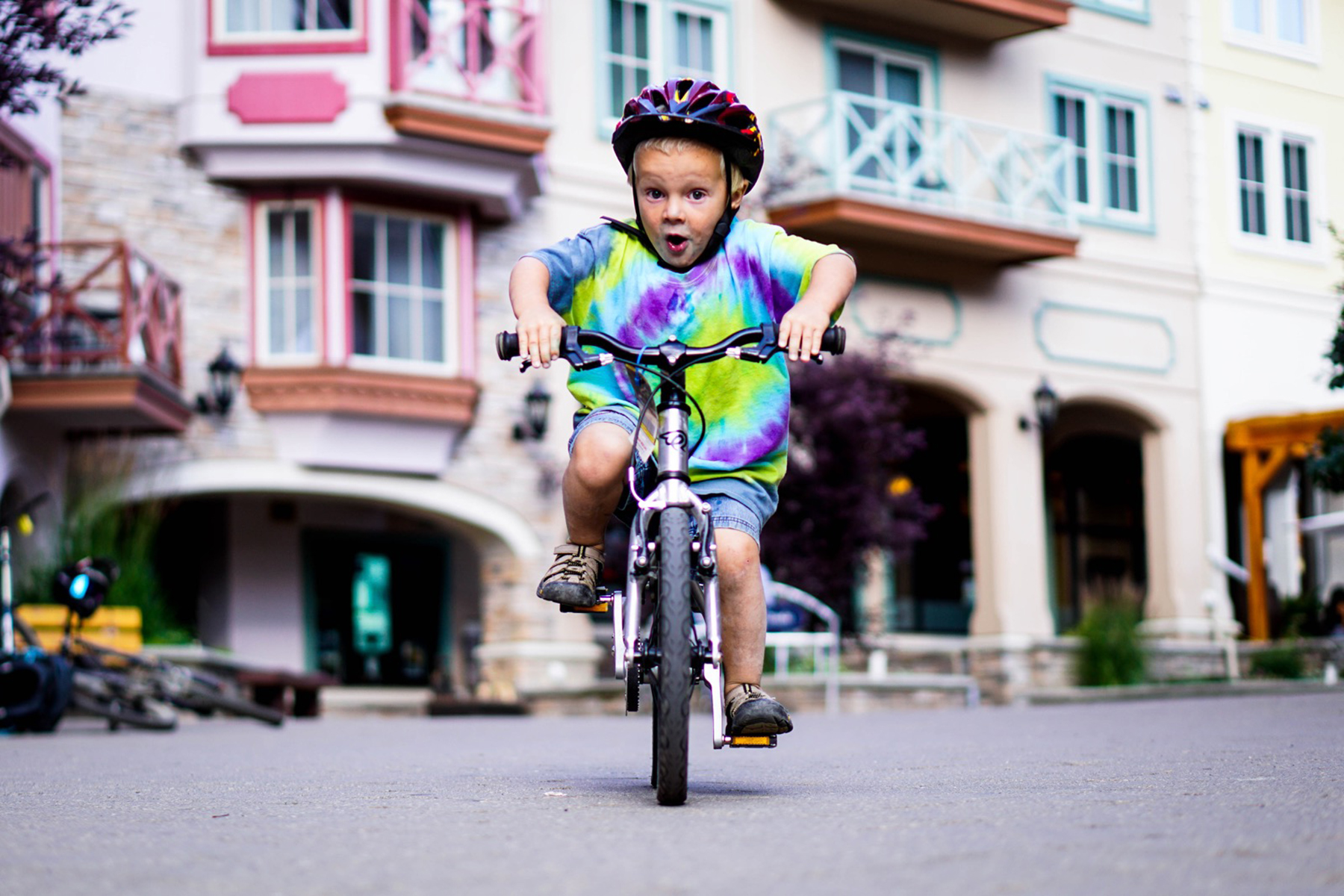 Predicting the future is a challenging feat for any one individual. And for a family the size of the Grunlings, there’s an added number of variables to consider at every crossroads. But life in Sun Peaks fits perfectly for the foreseeable future, and they have no plans to leave anytime soon.

As we wrap up a long day of gold and dusted turns, I tag along with the Grunlings for a family ice cream date and I relax into the strong family dynamic that Tom was celebrating earlier in the afternoon. 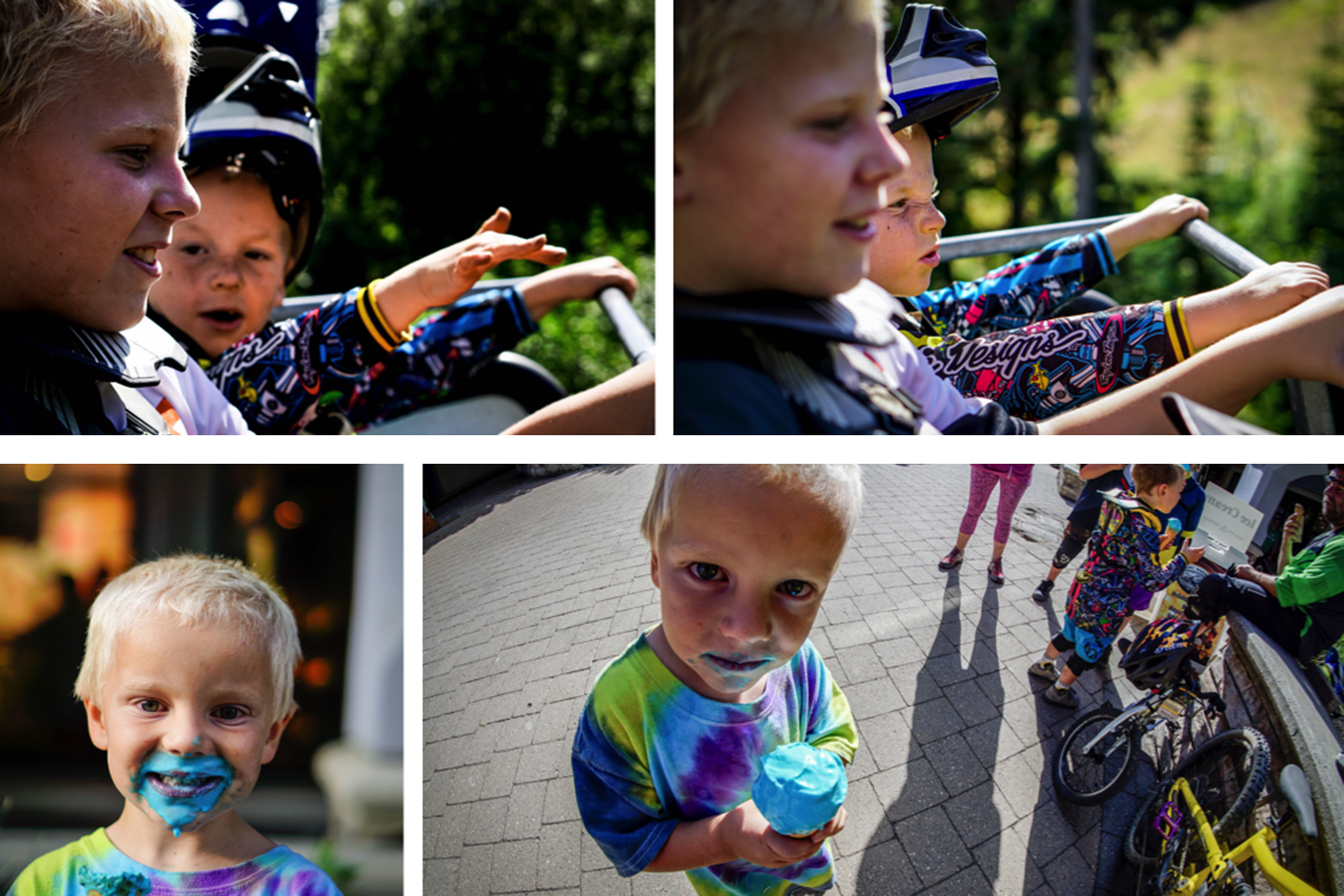 Mattias inhales his ice cream and races back to the lift line in order to catch the last chair and squeeze one more lap from his day. Sadie is calm and joking with her dad about her soon to be lost tooth. Wren is dancing and making crazy faces. And Flynn, who has more ice cream on his face than in his belly, is zipping his bike around the village while showing me all the variations of his no-footed tricks. 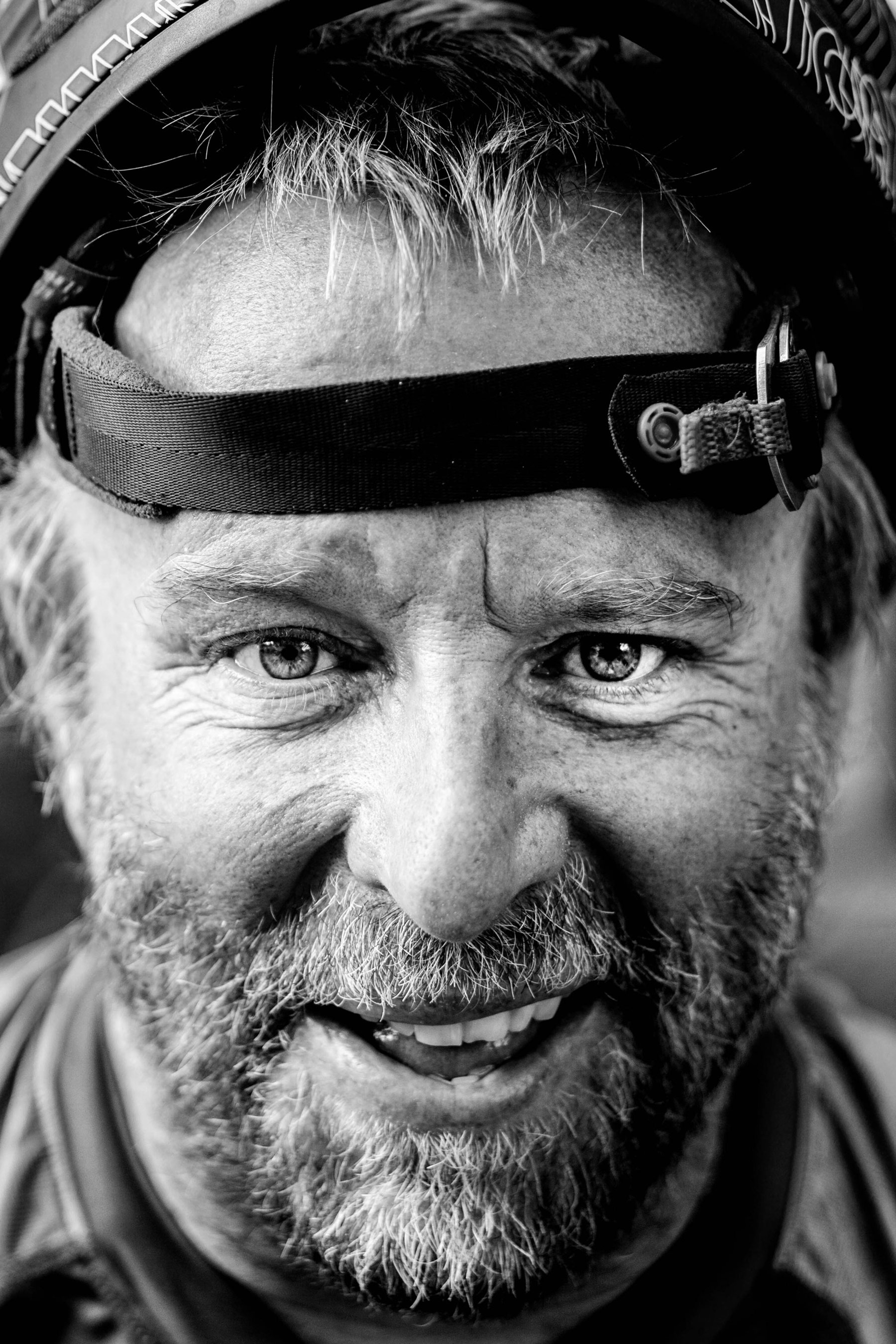 And as the colours of the evening sky are slowly consumed by the horizon, I ready myself for the drive home while Kim carries on laughing through the last of her stories. “You know, I decided for certain that we had a unique lifestyle at Sun Peaks when my twelve-year-old son told me there was ‘just no way’ he could go back to attending school five days a week.”