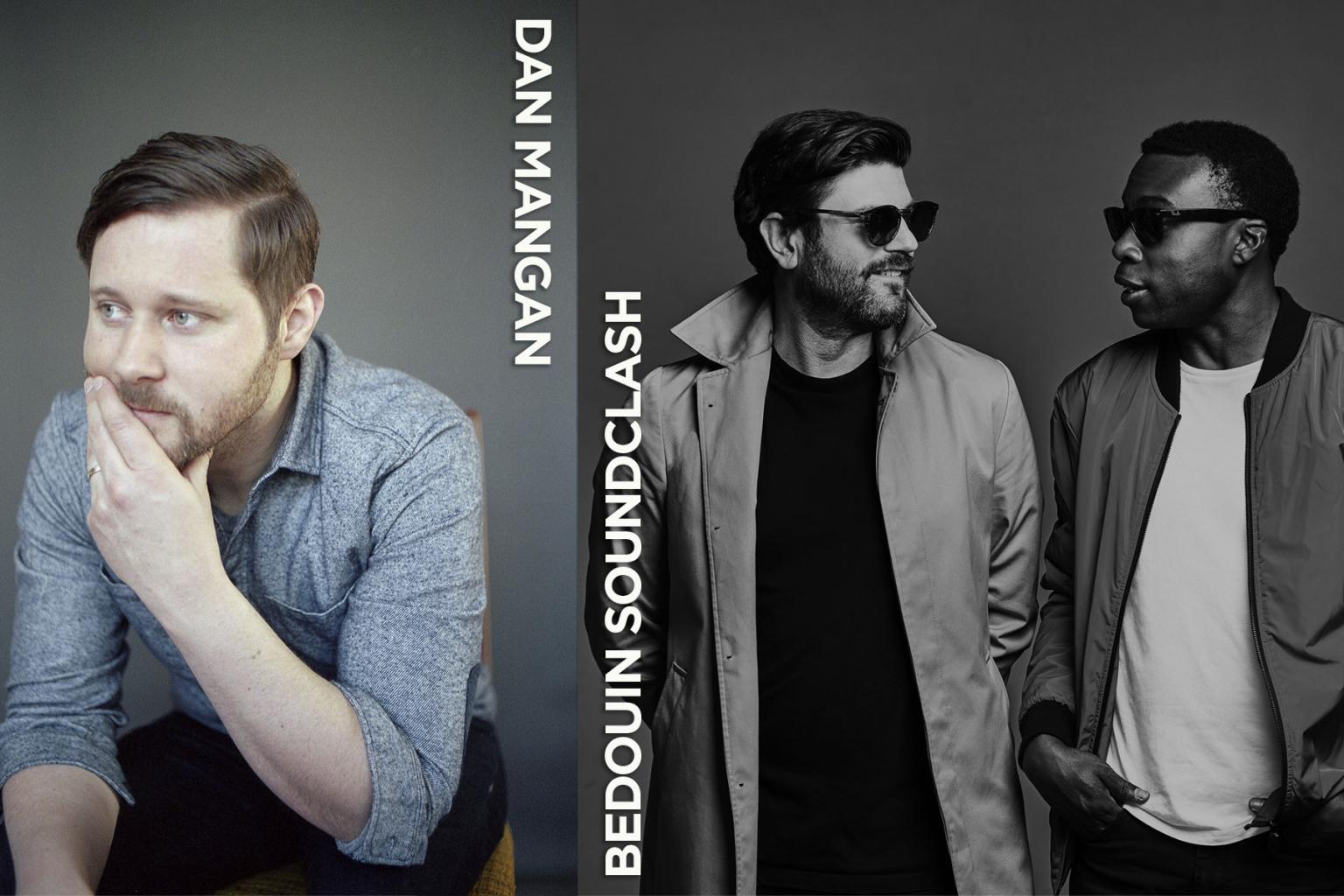 Music in the mountains with dan mangan and bedouin soundclash

Times are subject to change.

PLEASE NOTE: Alcohol is not permitted on the concert grounds. Bags/coolers may be subject to search.

Dan Mangan has toured extensively in North America, Europe and Australia. He released his fourth LP, Club Meds, in 2015 to much critical acclaim, under the moniker “Dan Mangan + Blacksmith” (Blacksmith referring to long-time collaborators).
In June 2016, Mangan released Unmake, an EP featuring five songs including a cover of Robyn’s “Hang With Me” with two songs off Club Meds reworked, including “Forgetery” featuring Tegan Quin, and new songs “Whistleblower” and “Race To The Bottom.”

Bedouin Soundclash debuted in 2001 with the album Root Fire. Their acclaimed sophomore release Sounding a Mosaic (2004) featuring the hit single, “When the Night Feels My Song”. Their follow-up album, Street Gospels earned a “Pop Album of the Year” nomination and “Video of the Year” nomination for the single “Walls Fall Down” at the 2008 JUNO’s as well as three Much Music Video Award nominations for their video for “Until We Burn in the Sun” in 2009. Flash forward to 2018, after a seven year hiatus, Bedouin Soundclash re-emerges ready to release their fifth studio album +MASS-. The album is a powerful experience that spans two communities, recorded in New Orleans with Preservation Hall Jazz Band, and in Vancouver at the St. James Church with the children of the St. James Music Academy.

Last year, an estimated 7,000 attendees pulled up lawn chairs for each of our free outdoor concerts. This year, we anticipate just as many concert-goers will be dancing slopeside.