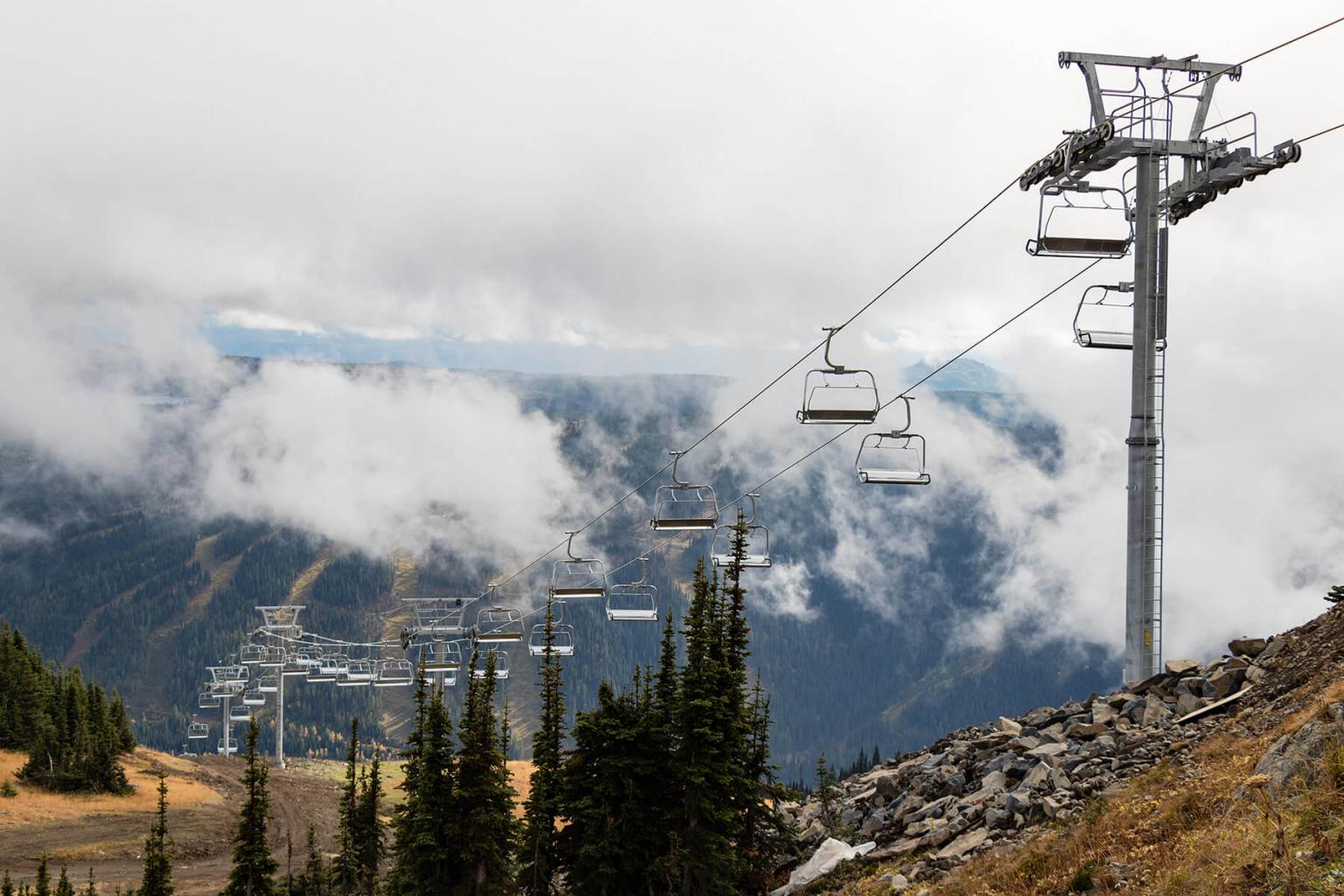 It's been a wild ride so far in 2020, but the progress of the Crystal chairlift project remains on track for a planned opening at the start of the winter season. The newest addition to the lift system at Sun Peaks took shape in the alpine throughout the summer as mountain bikers, hikers, and sightseers enjoyed the trails below. And now, with October here, we’re counting down to ski season opening day and thought we’d share some in-progress photos of the Crystal construction from the past few months to help get you stoked!

Initial work on the new chairlift began back in 2019 with site preparation, including pouring foundations for the lift towers. Construction then began again in earnest this spring as soon as the snow had sufficiently receded (with a bit of a helping hand from our team). June 25 was a high point of the construction process, as a helicopter took to the skies above Mt. Tod to install the towers. Work continued through summer and into fall as the top and bottom terminals took shape, lift huts were constructed, and the cable was installed.

This past weekend marked the last of the key milestones in the project, as the carriers were attached to the line. Now that the chairs are installed, the focus shifts to safety testing and finishing off some final details to ensure the lift is ready to go for winter. With a boost of 20% to our uphill capacity and a stunningly scenic offload area at the Top of the World, we’re sure you’re going to love the new and improved Crystal!

In case you missed it, we released a video in June when the towers were being flown into place. Check it out to relive one of the most exciting days of the project:

As excited as we are for the new Crystal, we know there are plenty of people (including us!) who’ll be nostalgic for the original lift which has served Sun Peaks skiers and snowboarders so well since 1979. We’ve received many inquiries about purchasing chairs from the old lift from those who are keen to keep the memory of the original Crystal alive and we’re currently working on a plan to give people a potential opportunity to buy them. Stay tuned for more information on that soon.

Opening day is scheduled for November 21 and, as long as Ullr cooperates to get the alpine ready, the new Crystal will be opening at the same time. Wax those skis, do your snow dances, and we’ll see you all soon!