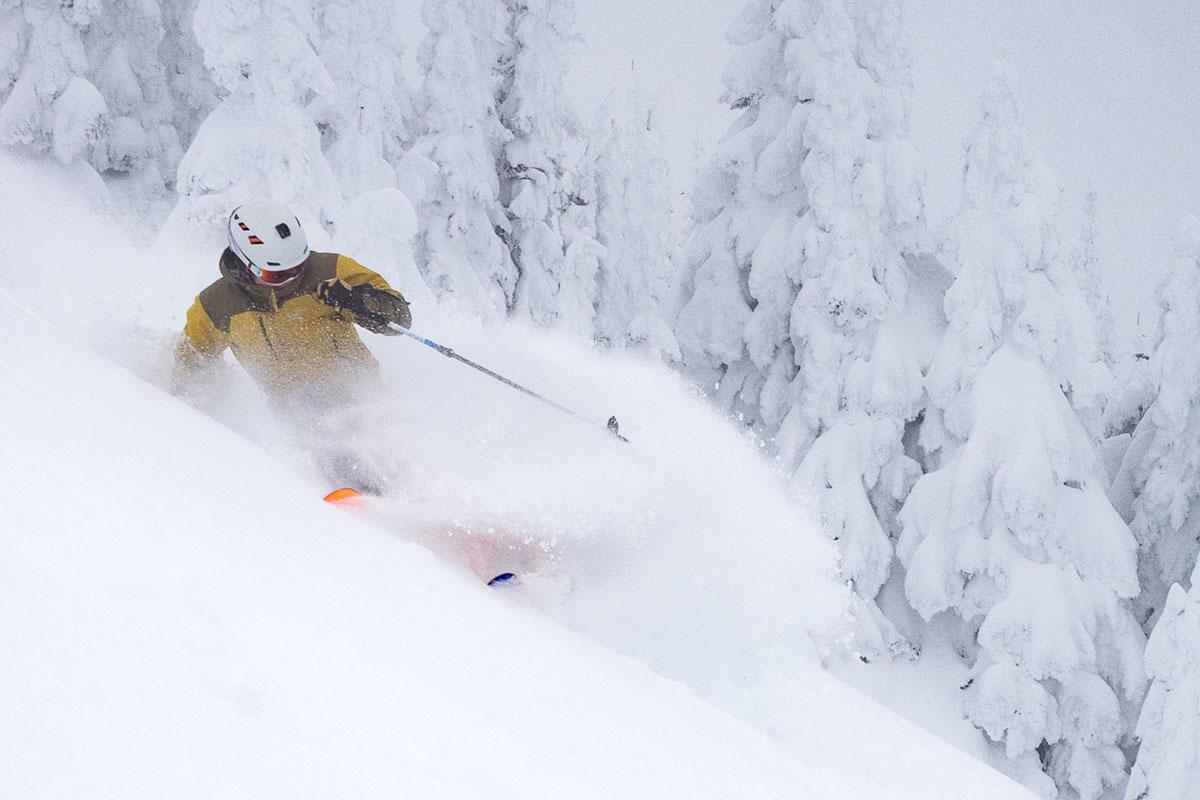 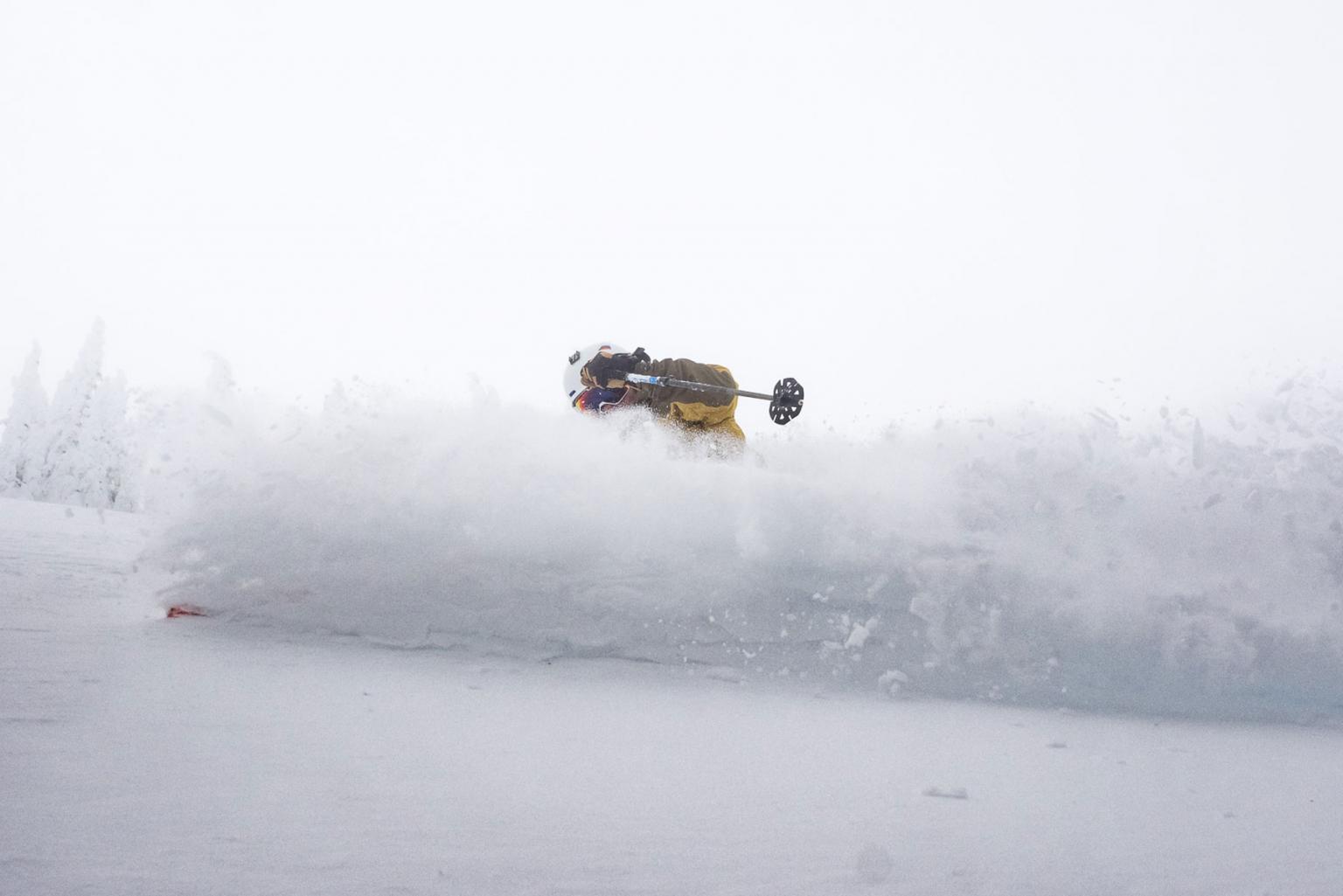 Words and photos by Leigh McClurg

We had the awesome opportunity recently to ski and stay at Sun Peaks Resort near Kamloops. We checked out what makes this place such a hidden gem among the places to ski in beautiful British Columbia. I was definitely curious to visit this place as I’d heard rumours of deep and light powder snow. I was only familiar with Kamloops and this region for being home to amazing vineyards and warm summer sun near the lakes.

Leaving the relatively mild weather of Kamloops behind, you drive for 45 minutes into the mountains nearby and enter a winter wonderland. As you pull into the European-style village of Sun Peaks, you will immediately understand why this place is known for its 360 degrees of skiing. All around, ski runs flow down from Sun Peaks' three mountains, Tod Mountain, Sundance and Mount Morrisey, to the ski-in, ski-out village below.

For our visit we stayed at the Grand Hotel. The foyer and lower lobby are beautiful and the hot tubs and spa were a welcome respite for our tired muscles after full days of skiing. The village of Sun Peaks offers accommodations for over 5500 guests. Most lodgings will allow you to ski right to and from the entrance of your hotel. And, as the ski resort completely surrounds the village, most windows will look out on ski runs so you can wake up and get an idea of the ski conditions for the day.

At the Grand Hotel, if you book a room on the fifth floor, you gain access to the Summit Lounge for breakfast and après-ski. Highly recommended!

Locals to this village won’t correct you if you mention that Sun Peaks doesn’t get as much snow as some other coastal resorts, because they know that doesn’t really matter when the snow they do get is usually featherlight and dry. Often referred to as “blower” snow among skiers and boarders alike for its ability to be blown out of your hands and suspend itself in the air as you carve turns through it.

With the second largest ski area in Canada, 135+ ski runs and 882ms (2.9k ft) of vertical across it’s three mountains, there will be enough powder to go around. Chances are you will have entire ski runs to yourself, like we did.

Aside from skiing there are many other activities you can participate in at Sun Peaks Resort such as Nordic trails, visiting the day spa, alpine fondue, dog sledding, ice skating, snowshoeing, horse drawn sleigh rides and snowmobile tours.

On our visit we experienced “First Tracks” and the “Cat Trax Groomer Ride”.

This was one of the real surprises of our visit. The groomer ride proved to be extremely fun and interesting! I joined Leo, a groomer driver at Sun Peaks Resort, as he not only laid down the fresh corduroy for the next days piste skiing, but also healed the ski runs of all the moguls and “dishing” that had been caused from all the skiing in the compact powder snow at Sun Peaks.

The ride was an adventure and my driver did an amazing job of describing the work that goes into preparing the resort each night while I slept soundly in my hotel room. As a bonus, that evening over 10cms of new snow was forecast to fall so Leo told me which ski run to bee line for the next morning. The best conditions would be on the ski run that had been groomed first and had the most fresh snow accumulated on top of the new corduroy. We highly recommend this 45 minute tour in a groomer!

First tracks at Sun Peaks Resort is exactly as it sounds. Three days per week you have the opportunity of uploading before anyone else and getting exclusive access to the fresh corduroy or powder snow. As a bonus, you also have a mountain host with your group to guide you to the best spots to ski or ride.

The experience also includes a meal voucher to use at either the Sunburst Bar + Eatery or The Annex for either breakfast or lunch and a bonus $10 Happy Hour voucher to Masa’s Bar + Grill to enjoy some après-ski.

We experienced some of the best turns of our lives during First Tracks at Sun Peaks Resort, thanks to the amazing conditions we had and our guides astute knowledge of the mountain. They took us to where all the best powder stashes were hidden.

Overall we really enjoyed our stay at Sun Peaks. Known for being family friendly, we feel it has something for everyone. Steep runs through the trees, deep powder snow, long groomed runs on perfect corduroy to carve. From beginner to advanced, young and old, you will remember why you love to ski or ride at Sun Peaks Resort. We highly recommend it!