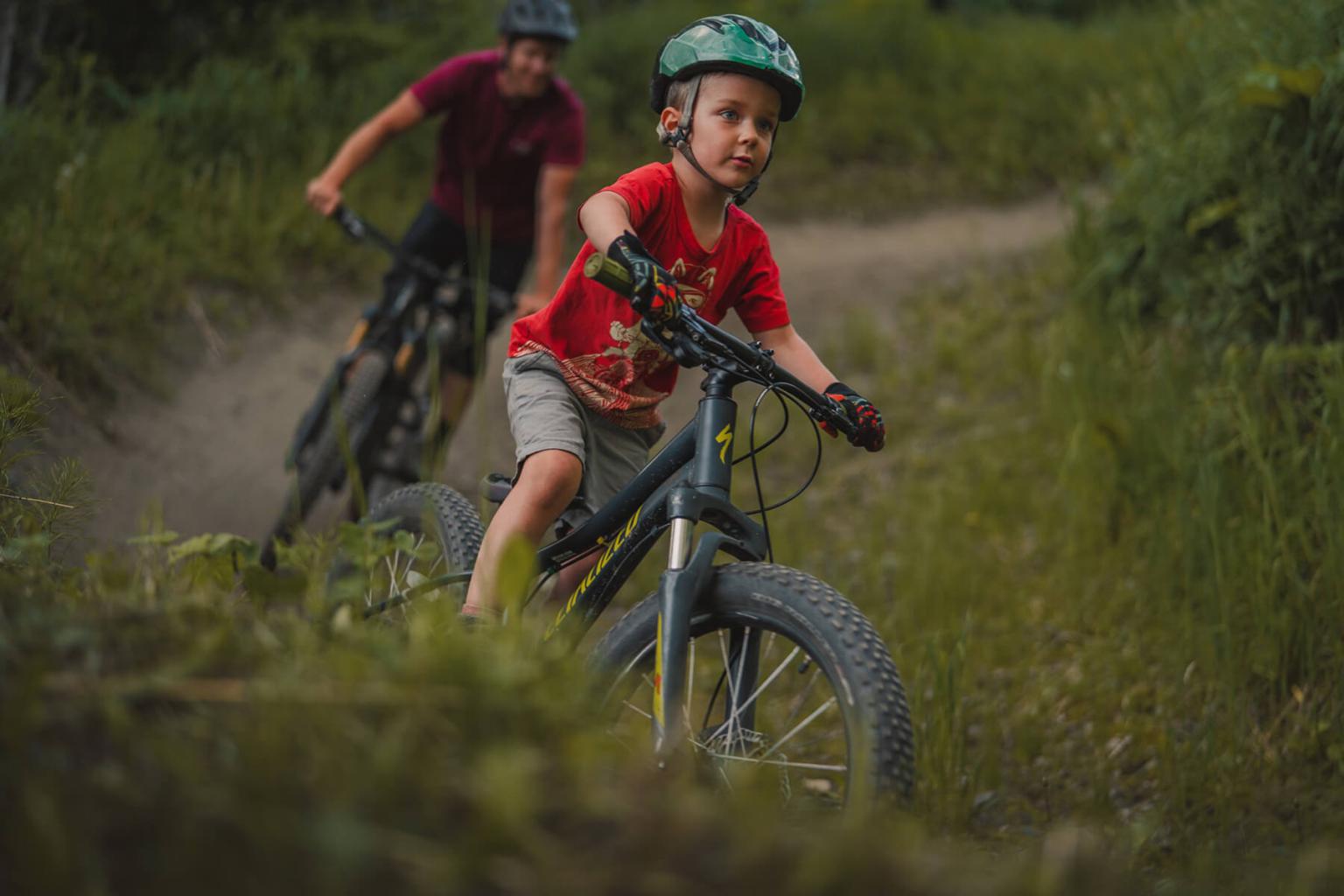 "Boys, how stoked are you to go biking at Sun Peaks!?”

“At Sun Peaks?” Russ tilts his head and asks, deeply inquisitive, while Robbie stares at me blank-faced.

“But there’s so much snow there…” Robbie offers, reminding me it’s mid February and I’m most definitely jumping the gun in my excitement for the season.

I laugh and I continue, “Well ya but what about when the snow melts, though?”

“Ohhh,” Russ catches on. “That’s the place where the trails are made of chocolate cake!”

Flash forward 6 months, and it’s Russell Hunter’s first day on a 20-inch wheel bike. The early summer sun is beaming over the park, and what better way for a kid to mint his new ride than chasing his big brother down the recently refurbished Switcheroo. 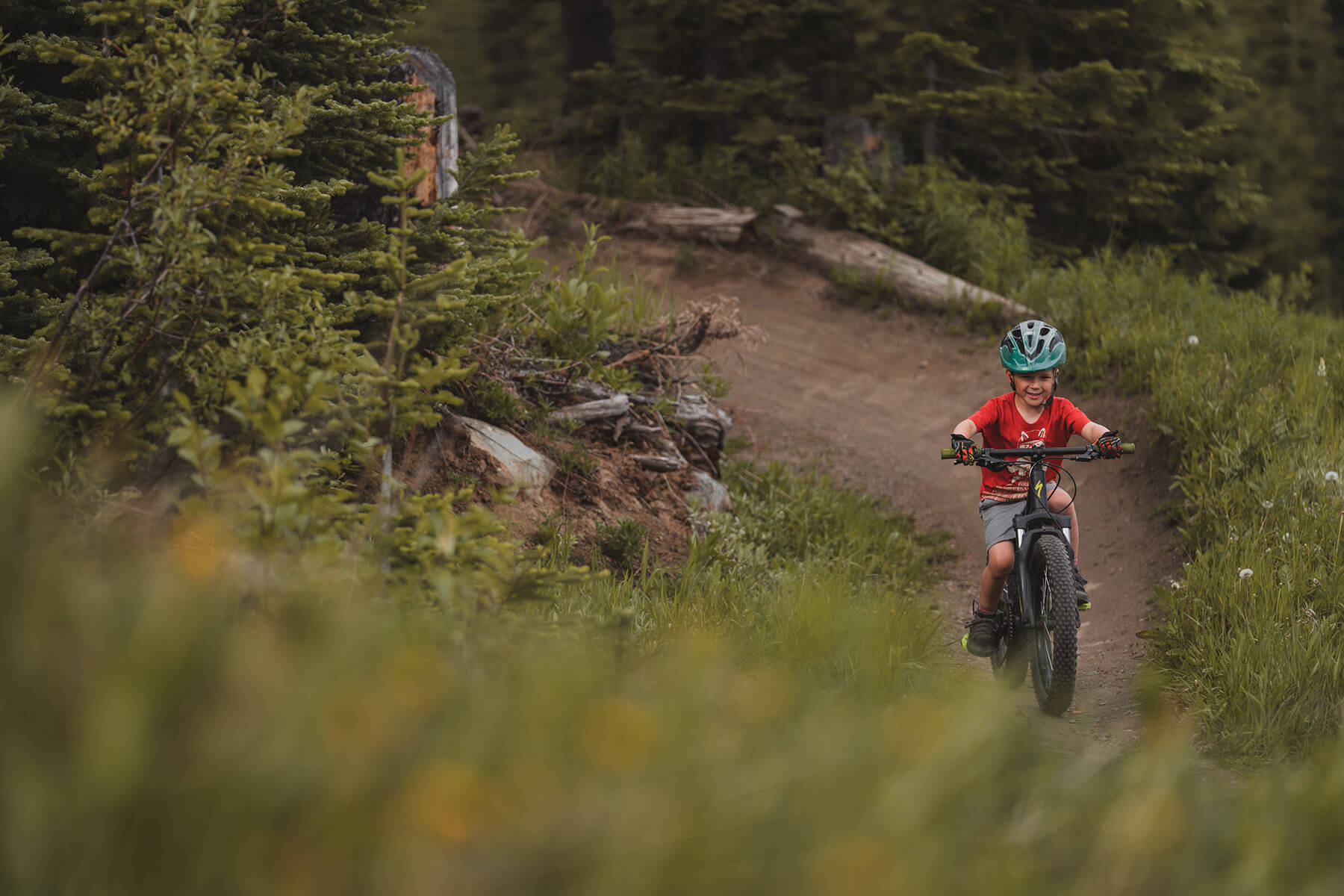 “This is wild!” shouts Russell’s mom, Nikki, in disbelief, as he’s suddenly rolling hot and keeping pace with his older brother, Robbie. “I’ve never seen him railing berms like that before. It’s like he just decided he’s mountain biking now!”

Robbie’s learning to jump, and playing with the side hits. He rushes ahead to hide in the bushes and scare his brother. It’s a riot. As the kids charge down the trail, we stop to talk about this sudden change of pace. “I'm watching them figure it out minute by minute,” exclaims Matt in total surprise. “Russ went from sitting down and getting bounced around to standing and leaning the bike in the turns. He's loving it. And my jaw is dropping this entire ride.” 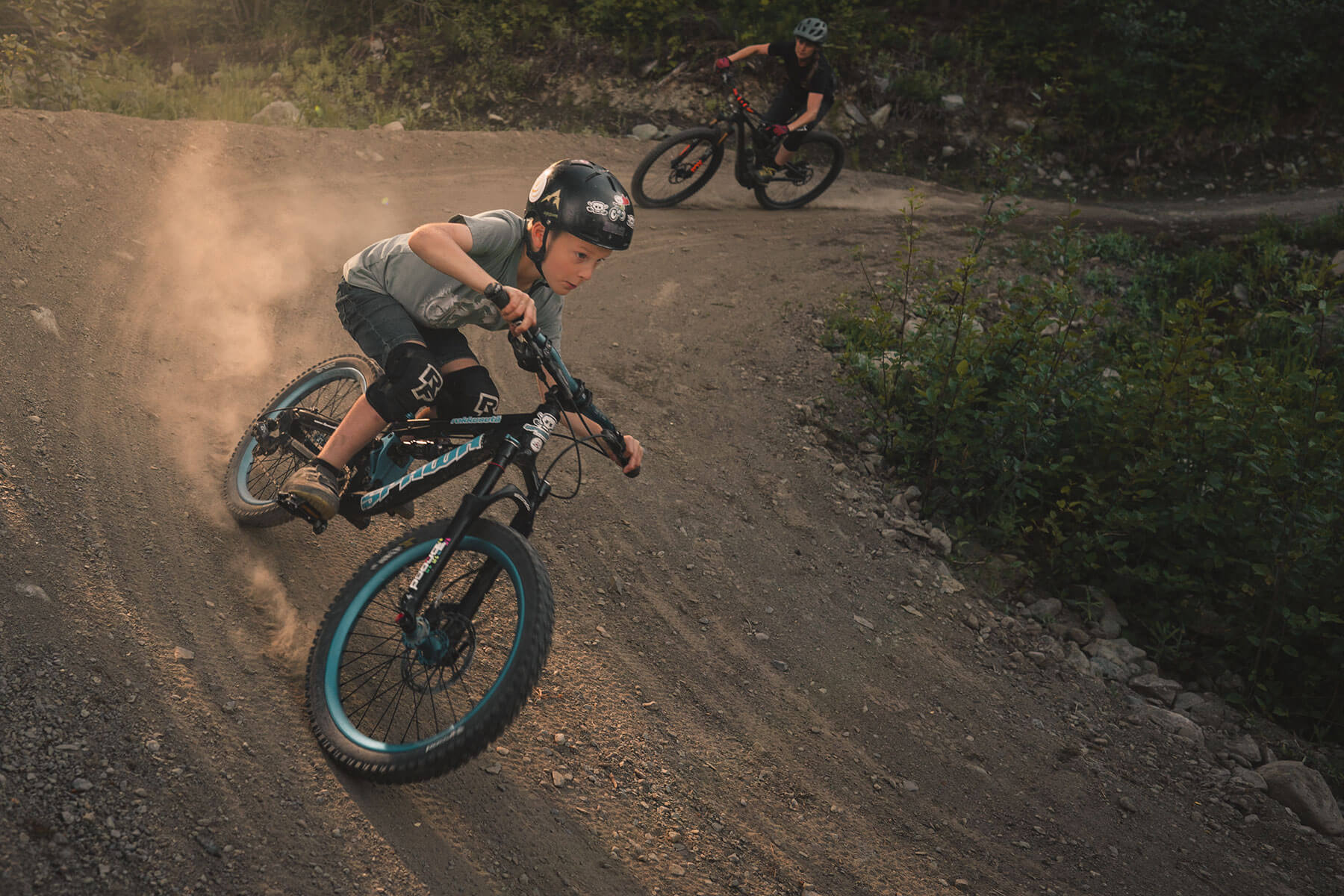 But the kids aren’t the only family members finding a new flow in the park.

“I’ve noticed such a big change with the addition of flowy jump trails,” exclaims Nikki.

“Before, the options were either steep and tech, or big features that weren’t always inviting. Now there’s trails for everyone. I’ve learned to jump my bike and I’m feeling like a kid again, too!” 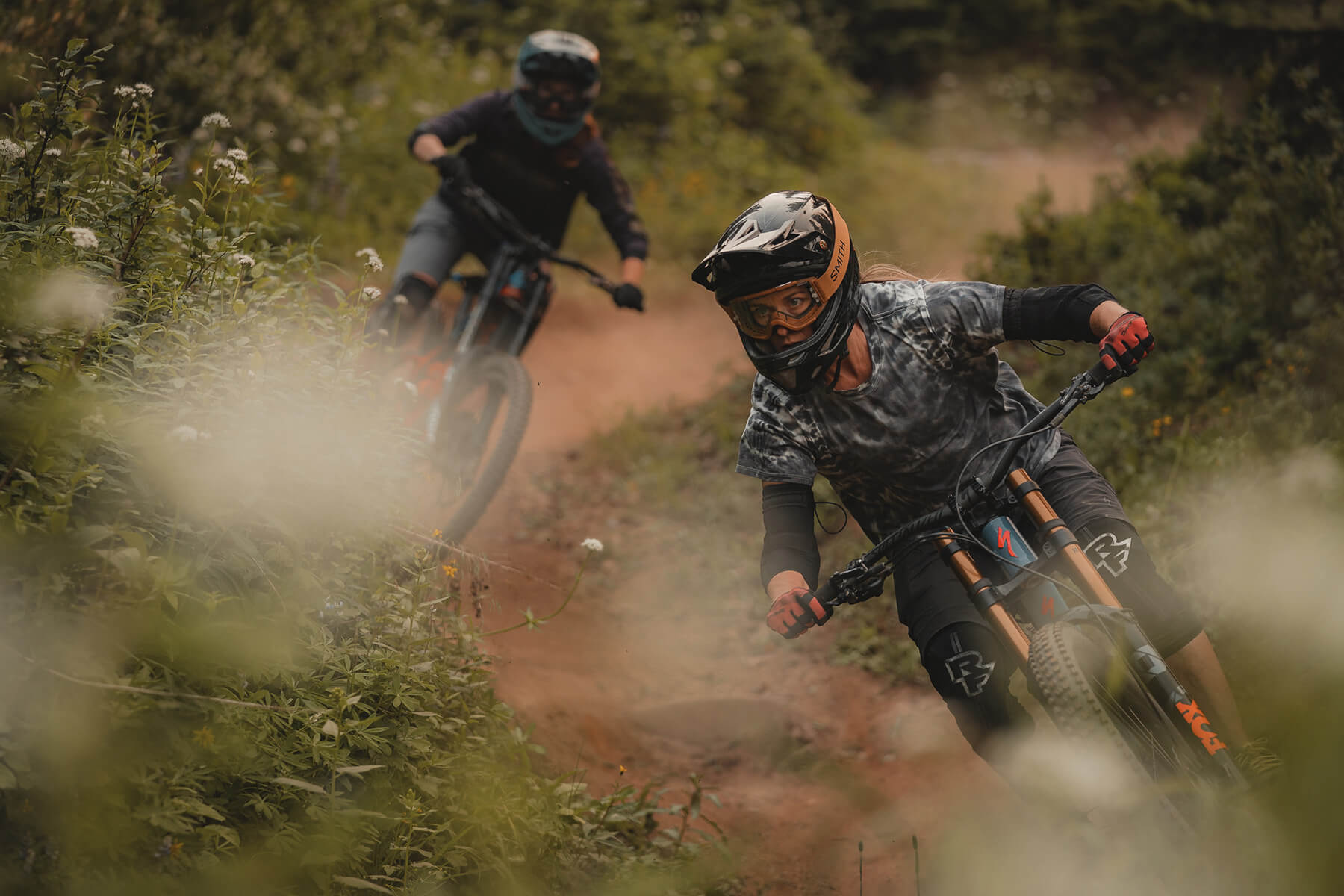 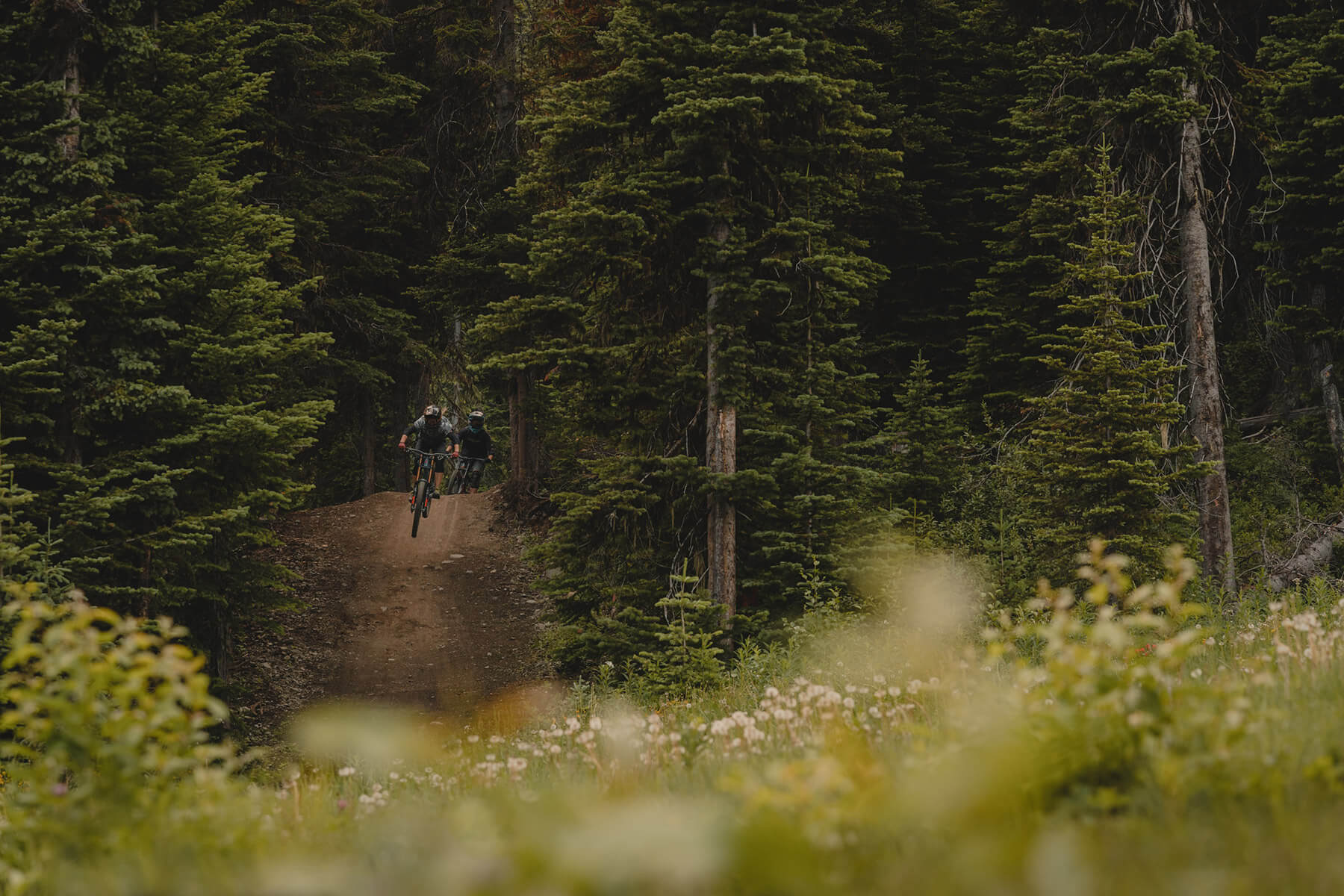 When we hit the final swift turns of the trail, Russ finally discovers the edge of traction and washes out in a turn. It’s all in a day’s work for a kid in the park, pushing his own boundaries and progressing through the motions. “I saw that one coming,” laughs Matt. “I’m surprised it took him that long, actually!” 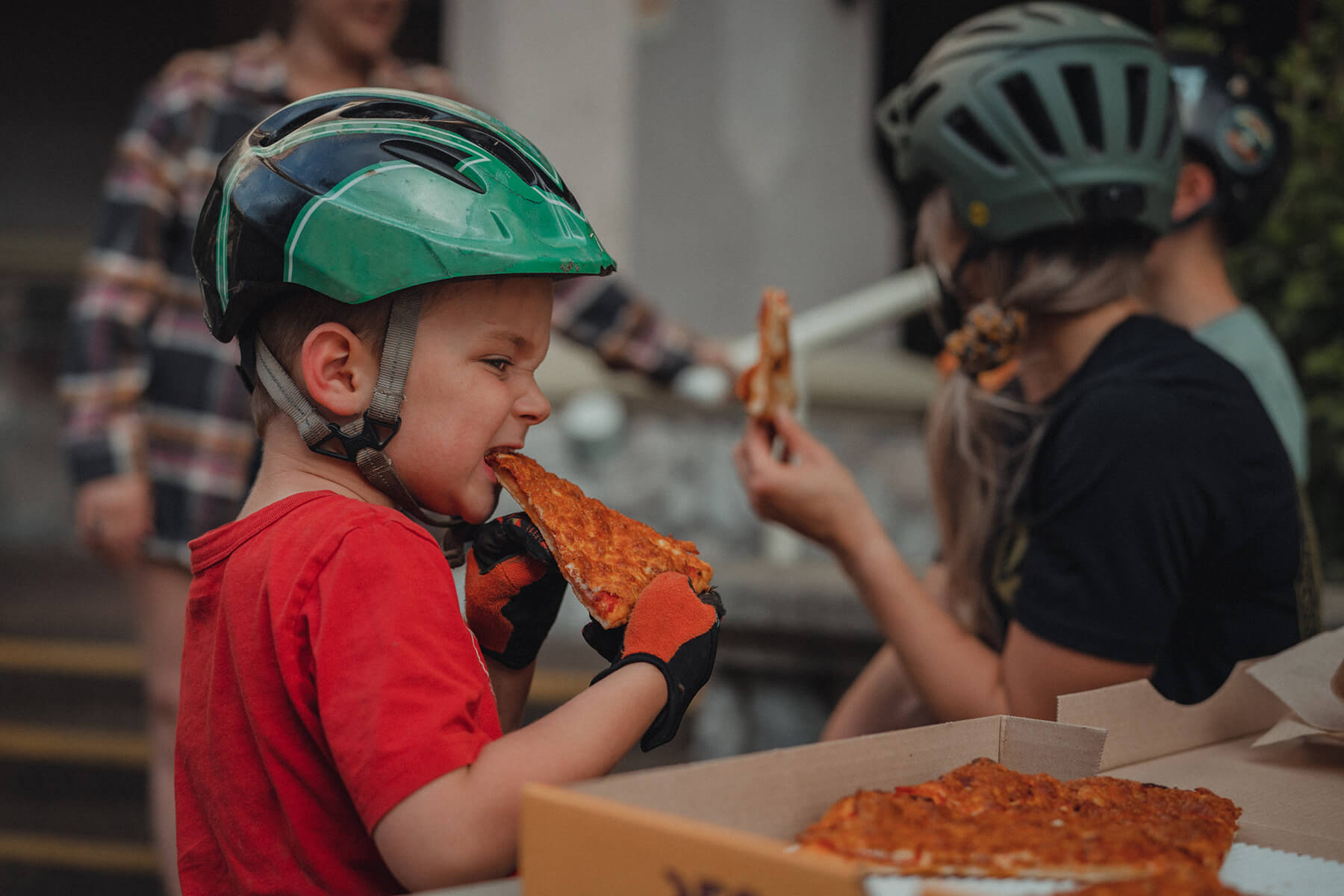 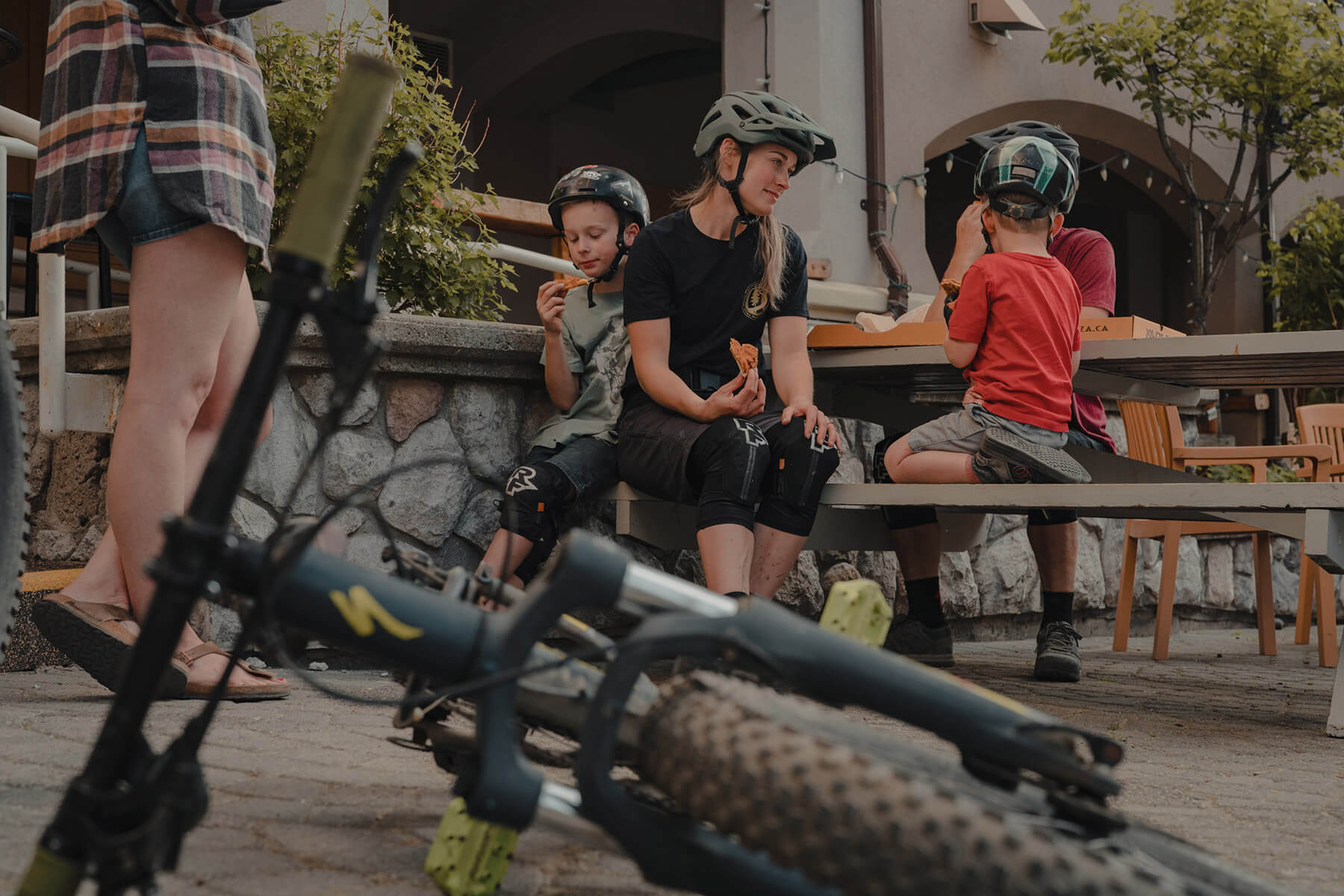 Russ brushes it off easily. His brother assures him it’s no big deal, and the candy in his mom’s bag adds a little extra pep to his step back onto the bike. It’s been a mellower night in the park than Matt and I usually drop in for, and I’m curious how it feels to see his whole family sharing in different levels of progression on the same hill. 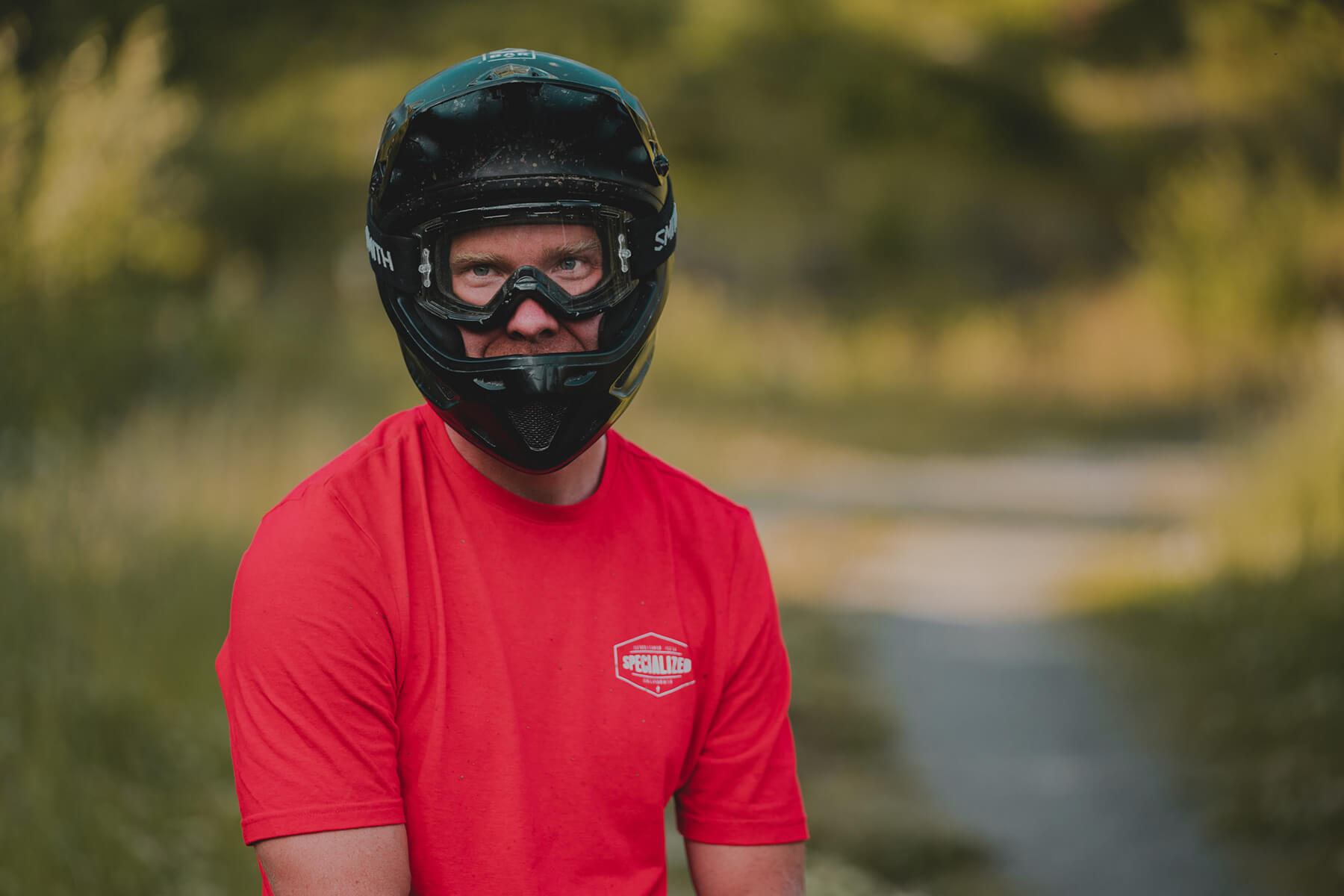 “Honestly man, Sun Peaks used to be the capital of wild west gnar,” Matt explains, “But these days, this place is my family's favourite cruiser lap spot. And all the wildness is still right here when we want it.” 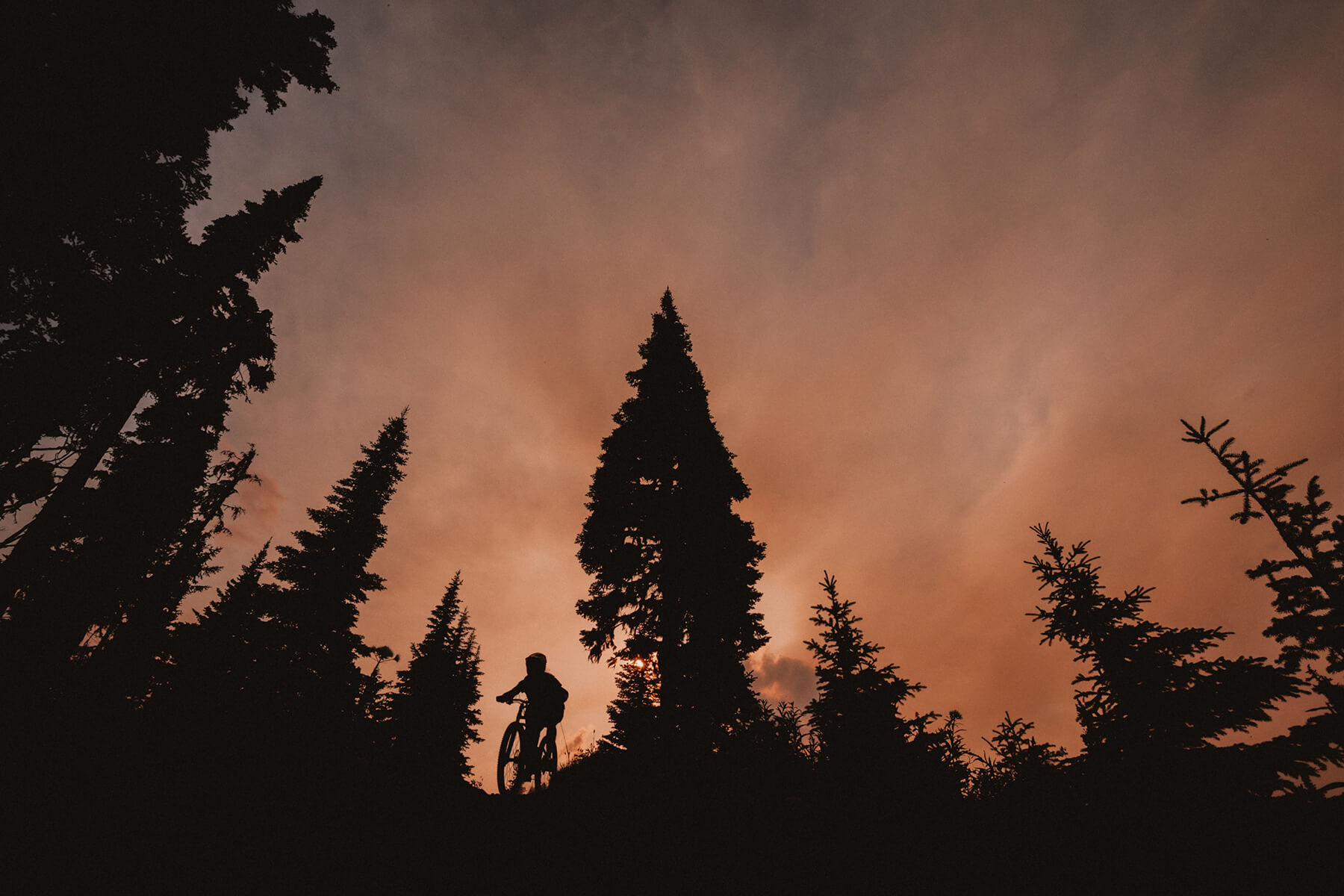