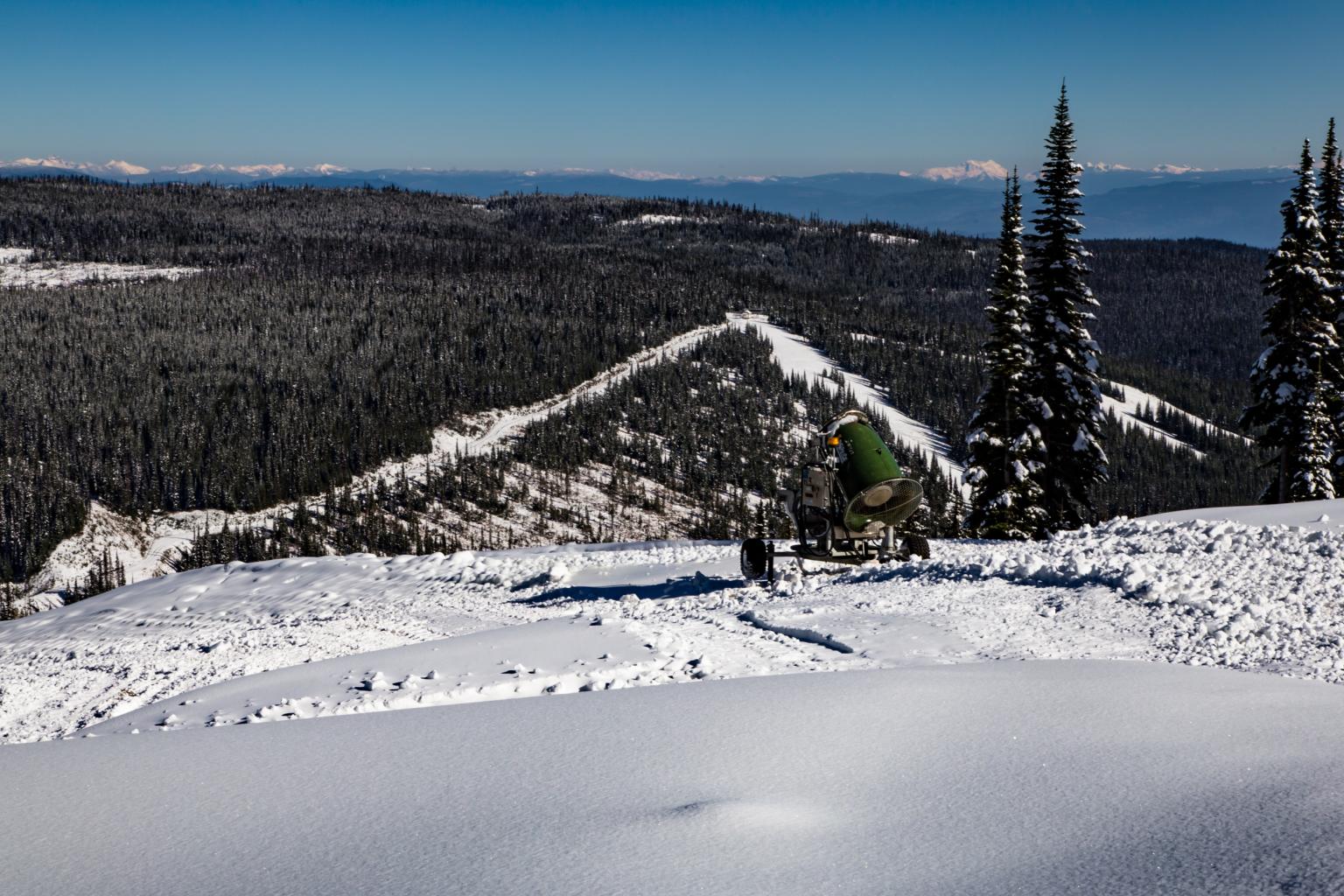 We have taken steps to minimize energy use within the resort.

The majority of our snowmaking system is gravity fed from on-mountain storage. This means that water is not pumped up the hill in order to make snow, which is a major energy savings. The only exception to this is our International Race Training Centre which requires supplemental snowmaking efforts.

An on-mountain micro-hydro system has been proposed. This system will use the winter/spring/summer flow from the snowmaking system to generate electricity at the resort. This proposed 80kW system will produce enough energy annually to power the resort’s largest ski lift, and provide a CO2 credit of 500 tonnes per year.

If you have any suggestions on how we can be better stewards of this mountain resort environment please contact us.