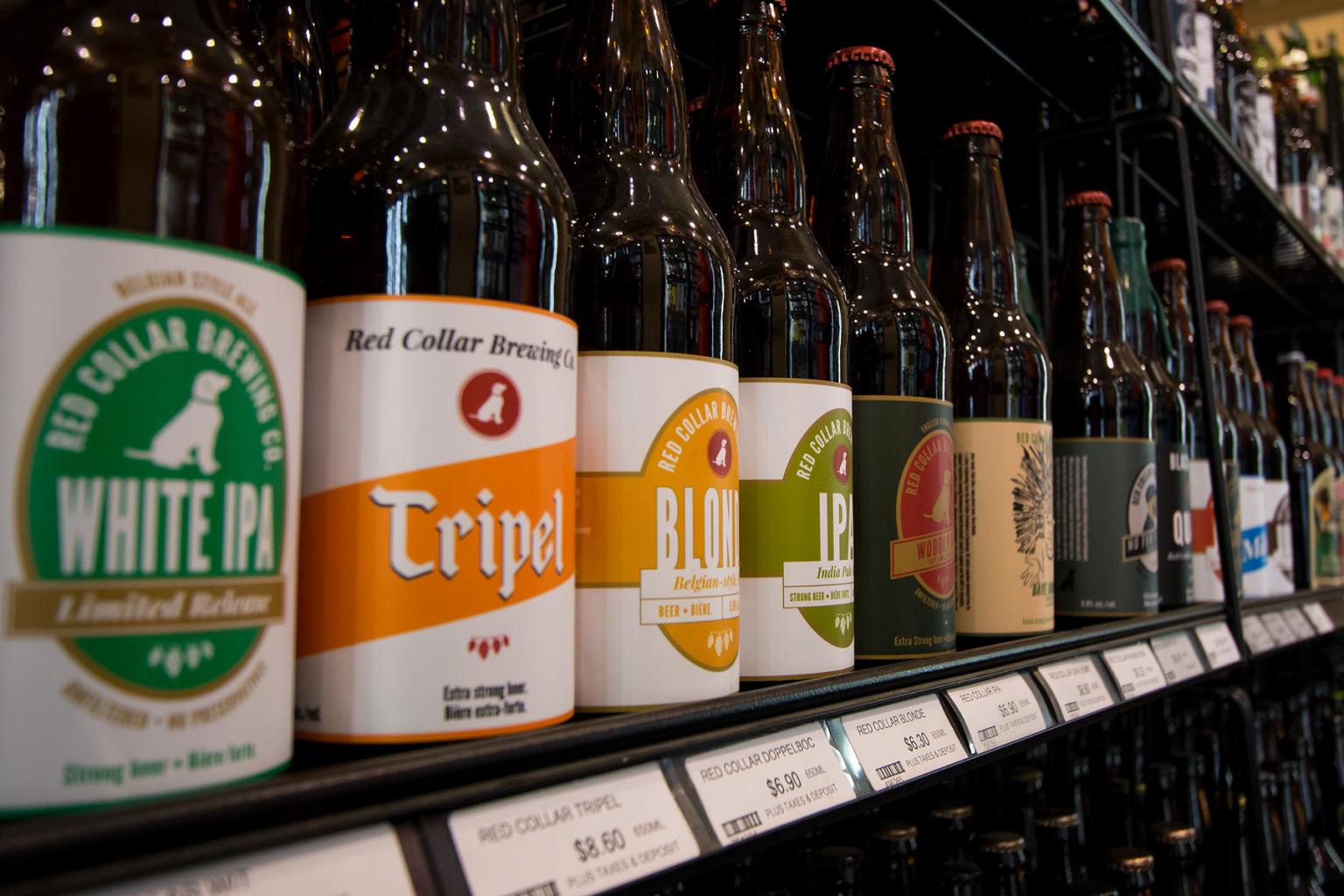 British Columbia is building an international reputation as a paradise for craft beer lovers, with new breweries popping up all over the province and no shortage of tasty locally-brewed drops being produced. Sun Peaks is lucky to have three fantastic local breweries just down the road in Kamloops: Red Collar Brewing Company, The Noble Pig Brewhouse, and Iron Road Brewing.

Whether you’re after a refreshing IPA or a complex winter ale to complement a hard day of skiing, here are some recommendations of where to discover BC craft beer in our village: 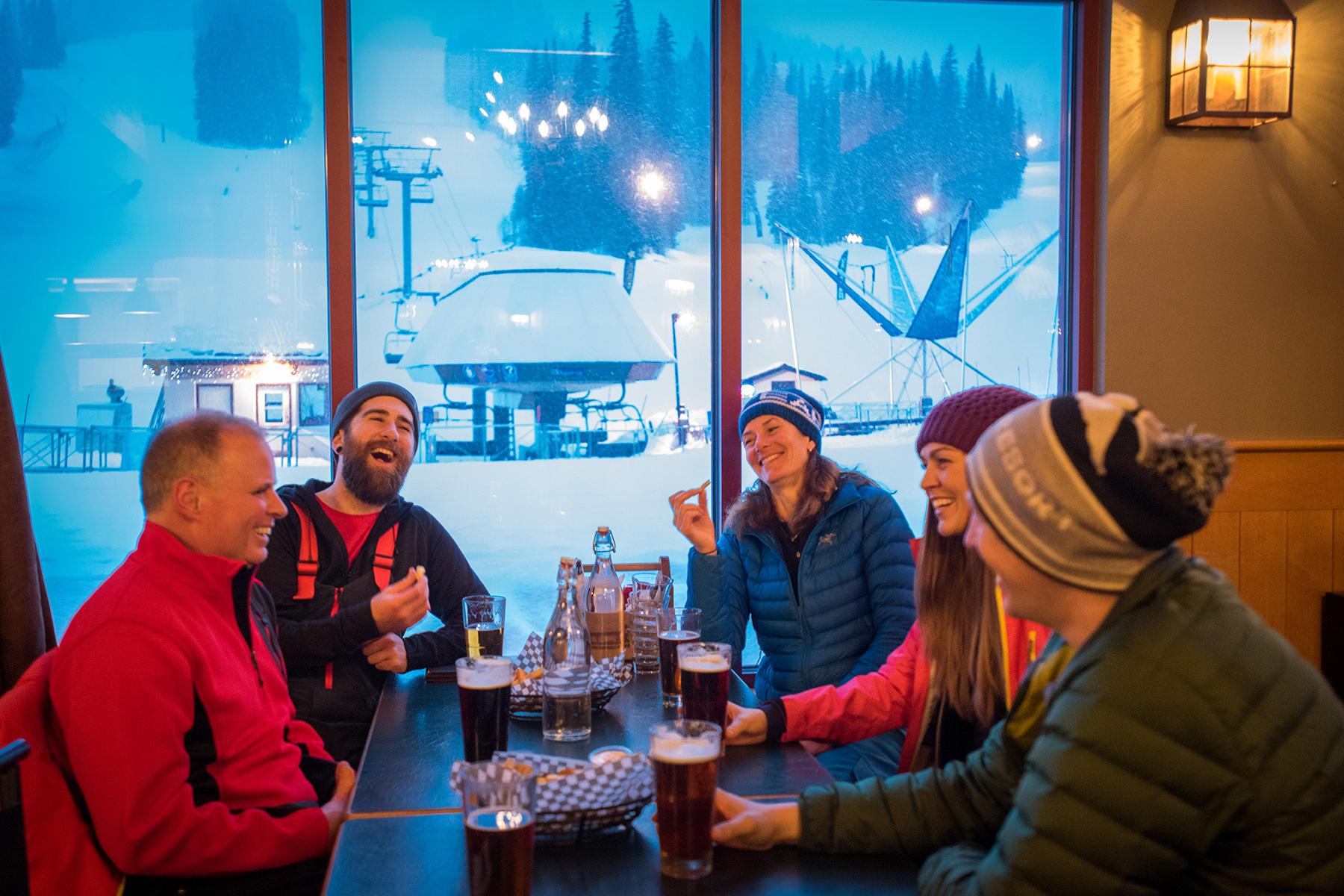 With 16 taps, slopeside Masa’s Bar + Grill has one of the biggest selections of draft beer in Sun Peaks. There’s plenty of BC beers to choose from here, but for a truly local taste we recommend the White IPA from Iron Road, Kamloops’ newest brewery, or one of the rotating taps from Red Collar Brewing Co. With a fresh glass in hand, paired with a tasty appetizer from the kitchen, settle in to watch a hockey game on the big screens or toast a great day of skiing on the patio. 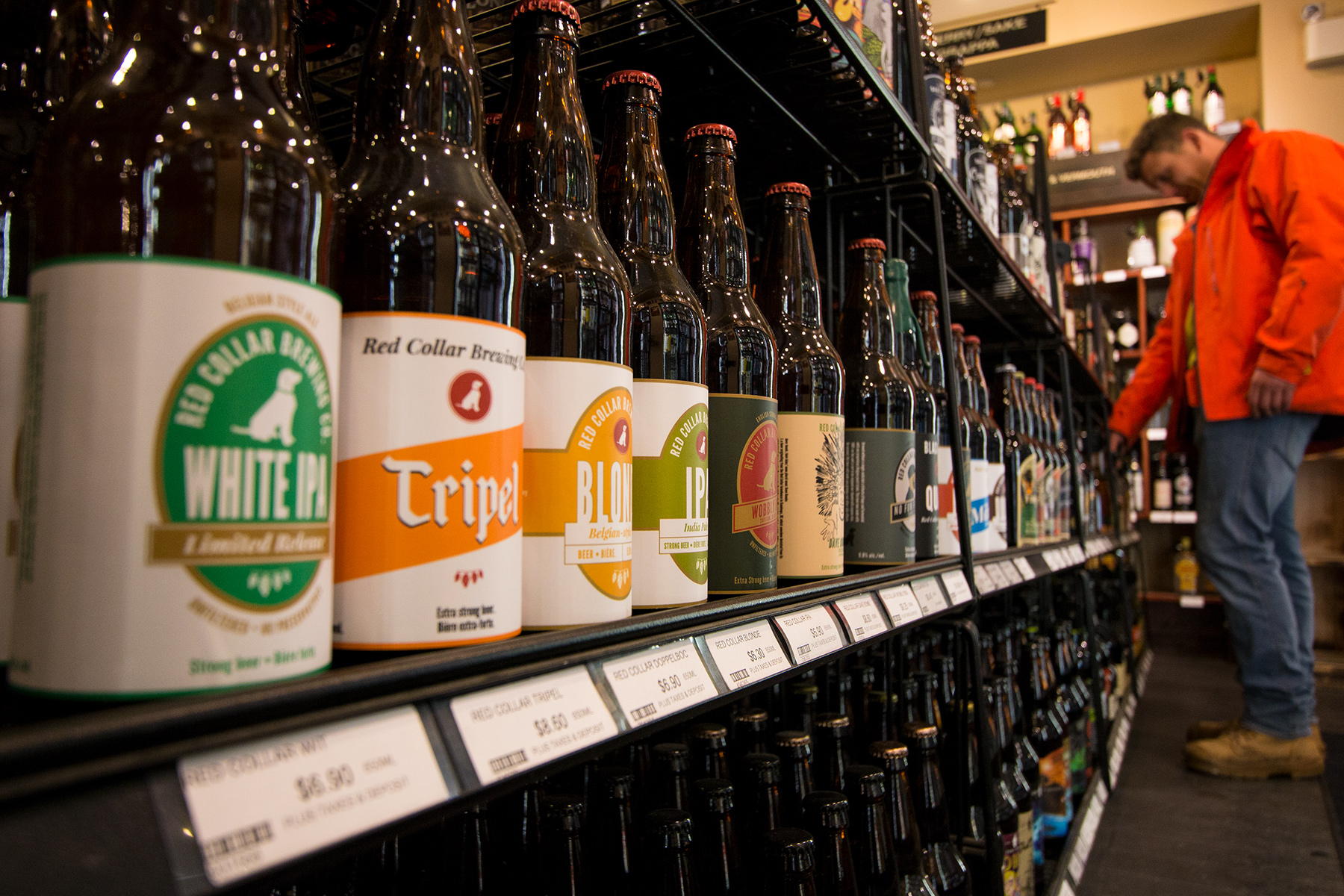 It’s no surprise that the biggest selection of craft beer in the village resides at the Sundance Liquor Store, and its collection of top notch BC beers rivals that of much larger outlets. With offerings from 30+ BC breweries there’s almost too much to choose from. Luckily, the beer-loving staff are happy to provide recommendations to help you navigate your options. Local brewery Red Collar is well represented and, if you’re really lucky, you may score a coveted limited release from boutique BC breweries with cult followings like Superflux Beer Company or Twin Sails Brewing. 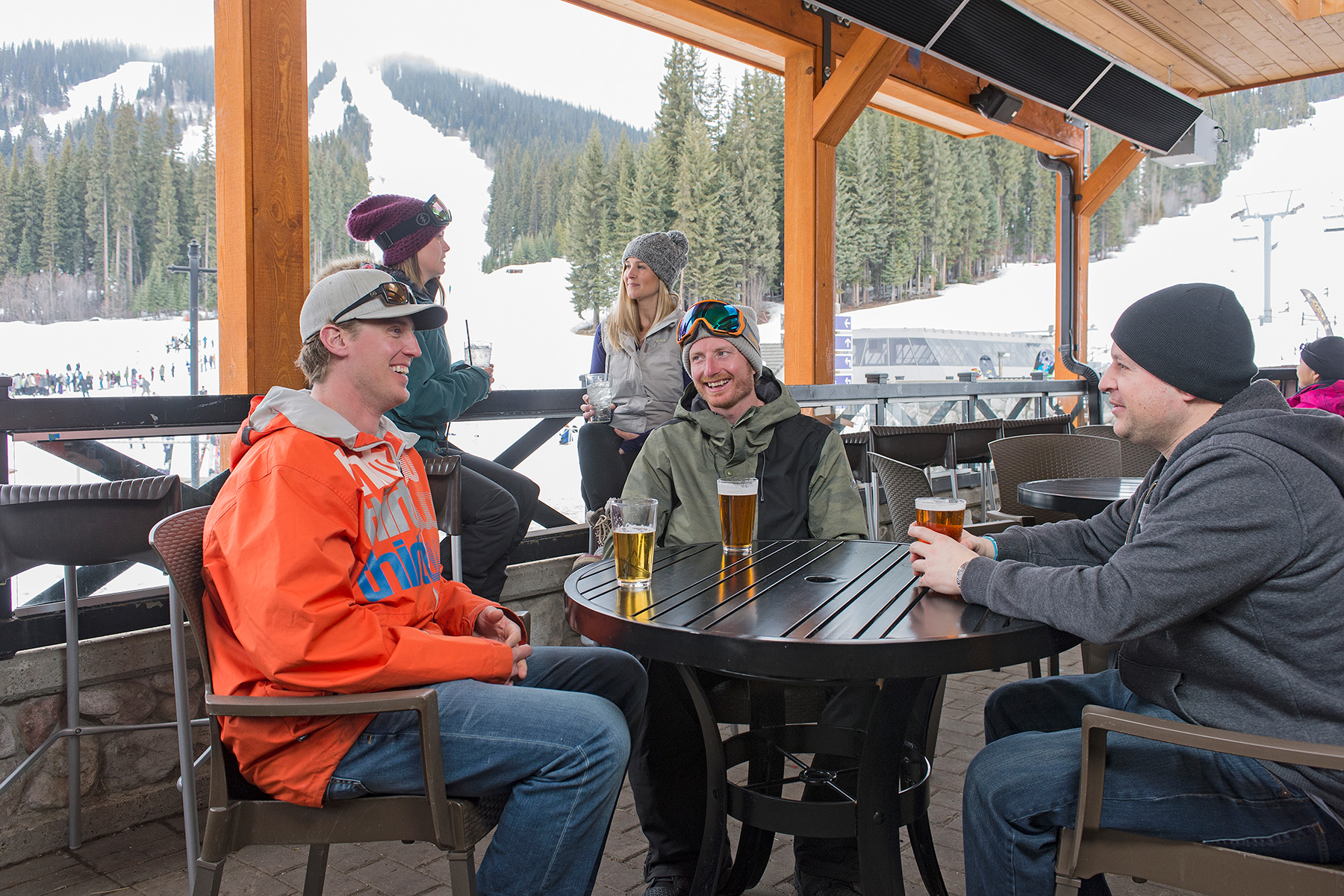 Bottoms has plenty of tasty beer on tap, but their famous craft beer fridge is where you’ll find some real gems of BC brewing. Offerings from heavy hitters like Yellow Dog Brewing, Strange Fellows Brewing, and Phillips Brewing & Malting Co. will leave any beer fan satisfied and represent some of the very best of BC beer. Once you’ve made your choice, head onto Bottoms’ heated patio to savour the flavour and watch the snow fall from the comfort of the “local’s living room.” 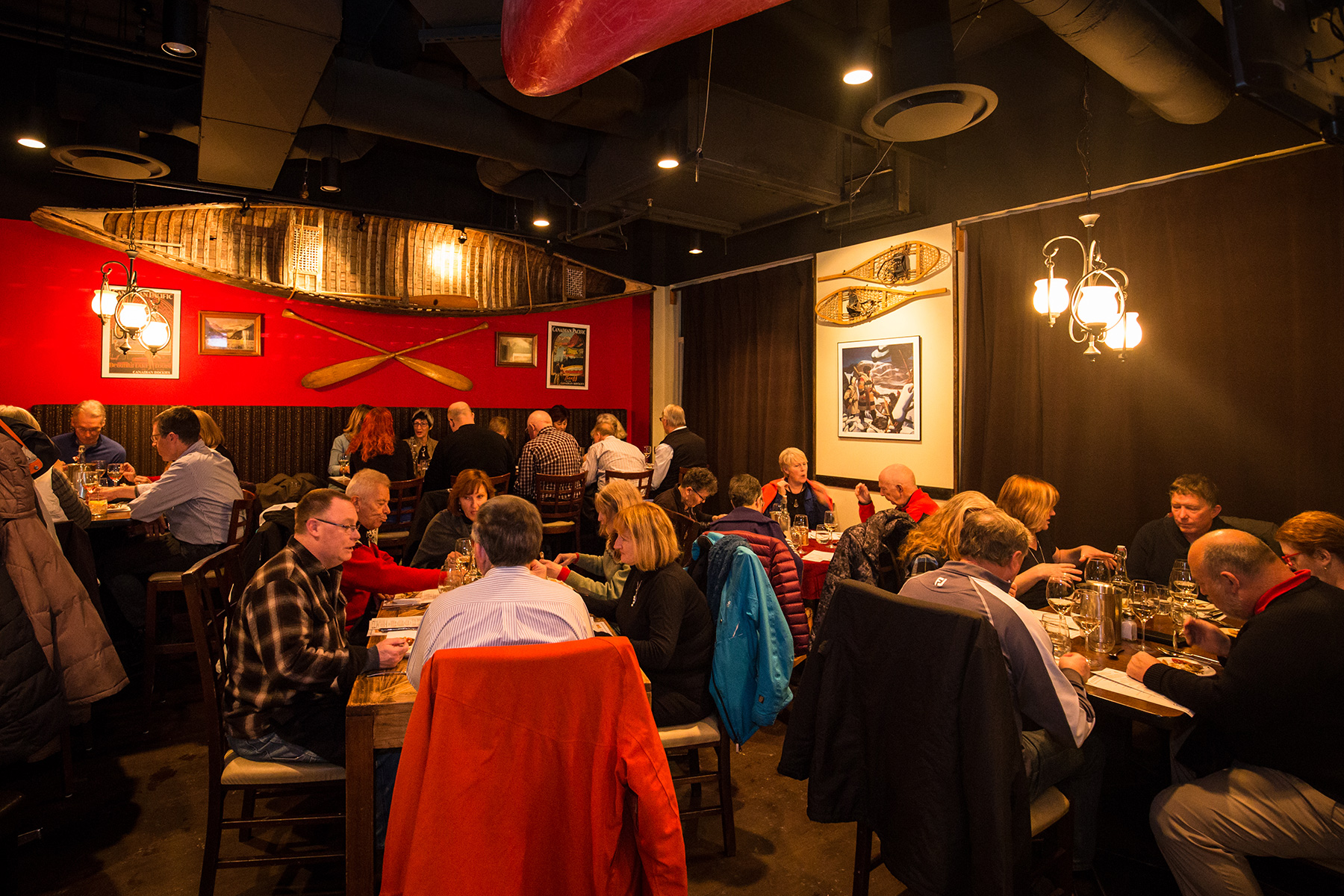 Voyageur makes the list with the help of one of BC’s best beers: Four Winds Brewing’s IPA. Beloved by local craft beer fans, this deliciously hoppy IPA is poured fresh from the taps and complements the tasty, locally sourced menu of this Canadian themed restaurant. Looking for an alternative to BC’s ubiquitous IPAs? Voyageur also serves up Whistler Brewing Company’s Chestnut Ale, a winter-only specialty brew that pairs perfectly with a powder day. 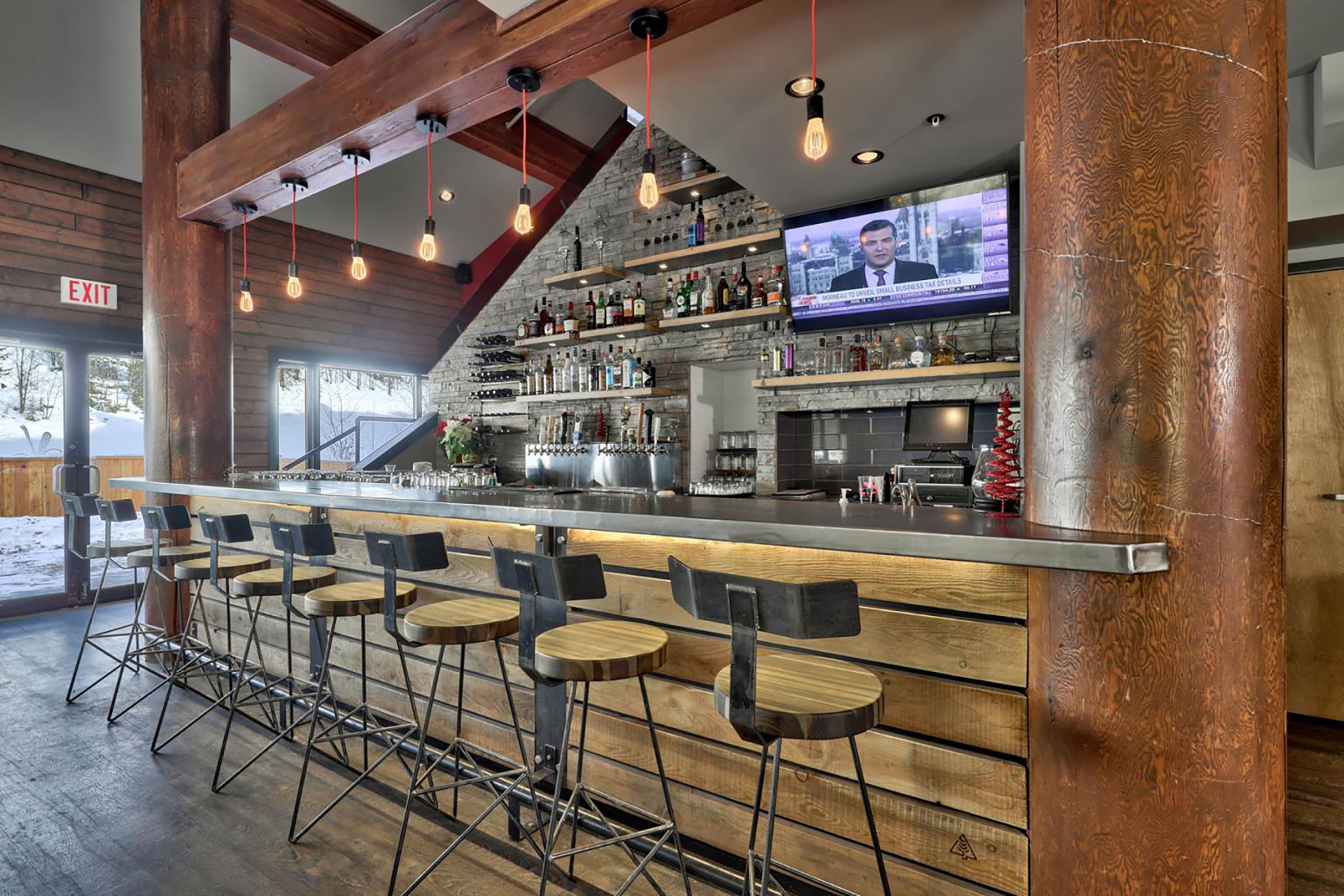 Newly renovated this winter, this ski-in venue has fully embraced the BC brewing scene along with its new look. 16 draft taps offer plenty of beer options, with Hoyne Brewing Company’s Dark Matter a must-try for those who have yet to sample this iconic drop. If you’re after something stronger, Cahilty Creek also serves up a selection of locally distilled spirits from Okanagan Spirits Craft Distillery.

While the options above are a good starting point, Mantles Restaurant and Lounge, 5Forty Café & Grill, Morrisey’s Public House, and almost every other bar and restaurant in the village has their own selection of BC craft beer available to pair with a day in the mountains.

So, what are you waiting for? Pick a place and get tasting!